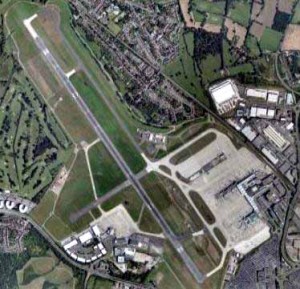 The two projects are being developed in conjunction due to their close proximities and timeframes, and will provide a number of benefits for both contracting parties.

The estimated commencement date of the A45 Transport Corridor Improvement Scheme is July 2012, with works expected to be completed by summer 2013. The estimated start date for the runway extension scheme is June 2013, with an operational date of spring 2014, following full commissioning and flight testing.

On completion, the 405m runway extension will enhance the Airport’s capability and open up the World to the people and economy of the Midlands, as well as helping to take pressure off airports in the overheated South East.

John Morris, Head of Industry and Government Affairs for Birmingham Airport said, “By meeting local demand, the Airport will reduce unnecessary long-distance surface journeys to other UK airports and generate sustainable long-term economic growth inside its own local area.” 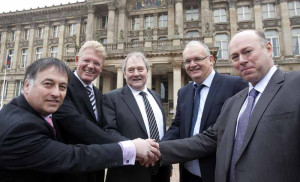 Councillor Mike Whitby, Leader of Birmingham City Council, said, “Birmingham Airport and the A45, which links Birmingham to Coventry, the motorways and beyond, are both key strategic components of the entire West Midlands’ transport infrastructure. Making improvements and expanding capacity of both the road and airport will directly benefit the regional economy, encouraging more inward investment and enhancing our position and ability to compete on a global scale.”

At just 2,600 metres, the current runway length restricts the range of destinations, markets and routes which can be served directly from the Airport, resulting in thousands of people each year having to make long surface journeys to other UK airports outside the Midlands region.

To have unlimited aircraft types flying directly to long-haul routes require a longer take-off distance to enable aircraft to take off with a full payload.

Whilst the Airport can currently serve short haul and medium haul routes into the UK and Europe, as well as limited long-haul routes to the east coast of North America and the Middle East, thriving business and leisure destinations further away, such as China, South Africa and the west coast of America, cannot be reached directly.

Speaking on behalf of VolkerFitzpatrick and Colas, Des Steadman, MD of Civil Engineering for VolkerFitzpatrick, said, “We’re delighted to be chosen as preferred bidder and to be involved in these projects. Both organisations are pleased to continue their long standing relationships with the key stakeholders. We recognise the strategic importance of this significant infrastructure project to the region and look forward to its successful delivery.”

The runway extension works are currently estimated at £33 million and will be funded by the Airport Company. In addition, the Airport is making a further investment of £13 million for the construction of a new air traffic control tower and radar system, which will be operational in 2013, and £9m in a resurfacing of the runway.

The A45 Corridor Improvement works are currently estimated at £32 million, funded by £10 million from Centro (the Transport Authority for the West Midlands), a £7million contribution by the Airport for the cost of the revised alignment of the A45 corridor, and potentially £15.7 million through the Government’s Regional Growth Fund for which the final contract is still pending.