‘Tried and tested’ is the phrase to use. 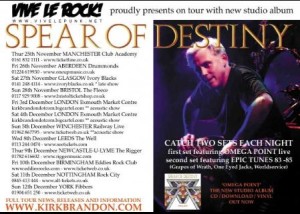 Tonight sees the return of Robin regulars and punk legends, Stiff Little Fingers. The look’s more showband now and frontman Jake Burns may have mellowed but their songs remain as hard-hitting as ever even though they’re thankfully not so relevant these days. Support is from the post-punk icons Spear of Destiny. Tickets £16

On Tuesday there’s the monthly open mic event hosted by Sam Draisey. Admission’s free so turn up, get up and have a go.

Another Robin favourite returns on Wednesday in the shape of Ian Siegal & his band. His 2009 release Broadside was the first non-American winner of Mojo’s Blues Album of the Year while last year’s The Skinny was the first-ever nomination for Best Contemporary Album at the Blues Music Awards in Memphis for a British artist. He’s played with legendary names such as ex-Muddy Waters sideman Pinetop Perkins and Bill Wyman, and has recently been appearing with France’s Orchestre National de Jazz in a program of Billie Holiday songs, Broadway in Satin. Tickets £12.50

On Friday soul legends the Real Thing will be appearing at the Robin, with their chart-topping disco anthems and a stage show polished over the decades. Tickets £16 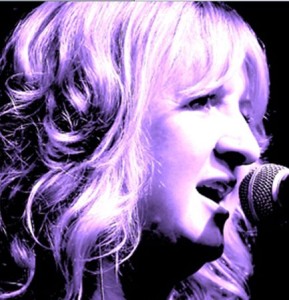 Saturday has the arrival of one of the most highly-regarded British rock bands of all time, Nazareth. Best known for a string of hit singles in the seventies, the band have sold over 60 million records in their career and continue to be a big live attraction as well as regulars in the studio – last year’s Big Dogz album was their 25th. Support is from Debbie Bonham. Tickets £20

For more information about these and other Robin shows tel: 01902-401211 or visit www.therobin.co.uk