The last chance to see the best-known band that never became famous, for a start.

Tonight sees the arrival in Leamington of Britpop legends Shed Seven. Still touring after all this time…., the band are celebrating the fifteenth anniversary of their breakthrough album A Maximum High. Tickets £18.50 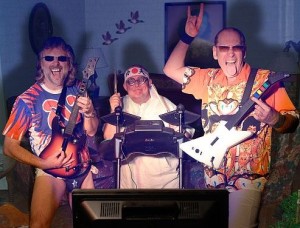 Friday marks the Assembly leg of the end of an era when the Hamsters come to town on their farewell tour. Genuine contenders for that oft-used comment the hardest-working band in the country, they’ve been clocking up in excess of 250 gigs a year for more than two decades and are finally coming to the end of the road, which includes a ZZ Top/Hendrix show tonight. Tickets £15.

For more details contact the Assembly box office on 01926-311311 or www.leamingtonassembly.com