Anti-waste campaigner Jane Green, who has been in the thick of a successful campaign to stop the building of a new incinerator in Coventry, told the August meeting of the West Midlands New Economics Group that government tried to foist a Private Finance Initiative (PFI) on the local authority by saying it was the only way they would get the new facility they wanted.

Before PFI was invented the normal system of getting such schemes built was to commission an architect who would draw up plans and specifications on which building contractors would submit secret competitive tenders. The contractor offering the lowest price would get the contract, the authority would borrow the money, and the contractor would construct the building, handing it over on completion into the ownership of the authority. The authority’s staff would move in and occupy the building for as long as they wanted without any further payments to the contractor. 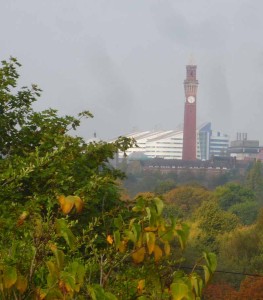 Under the PFI system private companies are invited to borrow money from the private money market to design, construct and own the required building or plant, and then charge the authority for running it on their behalf over a 35-year term. This was intended by government as a way of keeping the initial capital cost off the government’s balance sheet and the public debt below the European Union’s ceiling.

Even though they were told that there was no alternative to PFI Coventry council had to submit its own bid to which an extra sum was added because the government believed that all local authority bids were bound to be optimistically low. There was no compunction on the compilers of the PFI bid to do the same, so their bid was bound to succeed.

Under the terms of the PFI contract the council would supply a specific quantity of waste to the PFI company and pay them an agreed rate per ton to incinerate it for the full term of the contract. If the council failed to supply the agreed quantities it would be liable to pay the company an agreed rate of compensation. In this way any risk that the waste stream may diminish due to successful recycling or waste prevention policies which would render the plant uneconomical, would be borne by the council.

Because private banks were funding the plant they insisted that it use only tried and tested technology, thereby ruling out innovative systems preferred by anti-waste campaigners. This avoided another area of risk for the PFI company.

Despite growing and widespread evidence that PFIs are poor value for money for the taxpayer and a ruling that the EU viewed them as an unfair way of getting round their rules, government has so far been unable or unwilling to think of an alternative or to return to the traditional procurement system. In their anxiety to keep PFIs going they now think it worthwhile to offer councils extra cash subsidies.

How the changing use of public buildings should be dealt with over the long-term is a thorny one regardless of how they were procured. School rolls can decline, waste can be reduced to zero, people can get less ill or need less treatment, and services can be outsourced – rendering buildings obsolete or ‘surplus to requirements’. However the public authority will almost certainly ‘bail out’ a private company if an important PFI scheme becomes uneconomic due to factors which they will no doubt argue are beyond their control, just as the government was forced to rescue the private banks because their failure was simply too catastrophic to contemplate.

The idea that the private sector takes all the risks and is therefore entitled to a premium for doing so is exposed as a myth. The truth is that the people who run the private sector are smarter than those in the public sector and are thus at an advantage when negotiating the terms of PFI contracts.

In concluding the discussion, Andrew Lydon (Vice-Chair) thought that the power relationship between the bodies that commission PFI schemes and those that operate them needed to be re-balanced but more work needed to be done on devising a suitable legal format if, as seems likely, PFIs are here to stay and a return to traditional procurement methods is to be ruled out.