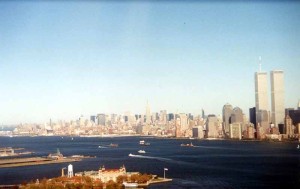 So now we know. The big man (well he was 6ft 5in) was living, not in some damp and draughty remote mountain cave, hidden from view and eschewing all contact with the outside world, but in a large, new-build town house in relative comfort surrounded by friends and family, a few hundred yards from a major Pakistani military facility. Short of walking brazenly through Arrivals at JFK airport it’s hard to think how he could have cocked a bigger snook at his foes. Unlike that other bête noire of American intelligence, Saddam Hussein, who crawled from a hole in the ground dishevelled and cowed, bin Laden wasn’t even on the run and died in his own home, apparently resisting his assailants. All those British, US and other ISAF troops shivering in the cold while searching for him in the mountains along the Afghan/Pakistan border over the last decade weren’t even close!

Bin Laden certainly had a good run for his money and probably even surprised himself by evading capture for nearly ten years. It bought him time, not least to restructure al-Qaeda, the organisation he founded, from a tight knit grouping into a loose network of semi-autonomous affiliates, franchises free to implement its philosophy of murderous radicalism in the manner of their choosing.

Whether the organisation, its methodology and ideals can survive bin Laden’s passing remains to be seen. These last ten years however have added substantially to his own mystique and enhanced his image as a populist outlaw, in the process helping cement his place in history. It’s a fair bet that in the decades and (probably) centuries to come, bin Laden’s exploits will be mythologised, his status that of an Islamic Ché Guevara or Robin Hood. His name will be spoken of and eulogised long after those of his adversaries have evaporated from the pages of history.

Such a legacy the West must live with. History shows us that the more extreme a leader, the more messianic their followers. From the relatively benign – Thatcher, Scargill, Ian Paisley – via the plain stupid (Sarah Palin) – to the downright psychotic – Genghis Khan, Hitler and the daddy of them all, Stalin – the more outrageous and uncompromising they became, the greater the adulation.

Now I’m decidedly of the Mahatma Ghandi, Martin Luther King and John and Yoko school of political resistance, but whilst bin Laden’s slavish adherence to the most extreme (mis)interpretation of Islam, with it’s relentless use of violence against infidels, homosexuals, the USA, women, democrats, fellow Muslims (if bin Laden had a Jackie Charlton-style little black book it must have run to several hundred volumes), was always going to appeal to a niche market, several of his key demands; that the West leave Islamic soil, that it stop shoring up corrupt Arabic regimes, as well as his opposition to Israel and support for the Palestinian cause, garnered widespread populist support. Support manifested for instance in the remarkable levels of assistance seemingly given to bin Laden and al Qaeda by senior Pakistani military figures.

And whisper it in the corridors of Whitehall and Washington, but as bin Laden perishes the West appears to be acting on two of his demands (albeit not a direct response to his wishes). Desperate not to repeat the fiasco of Iraq and to extricate themselves from the ongoing impasse in Afghanistan (where in both instances corrupt, tribal governance has taken root) Western powers have become paranoid about accusations of interference in Middle Eastern and Islamic affairs (Pakistan, which some in the US military hierarchy regard as a failed state is however considered another matter).

The hesitancy with which NATO entered the Libyan conflict bears testimony to this, and we are unlikely to see any large-scale ‘boots on the ground’ military interventions in the region in the foreseeable future. Meanwhile, as the faltering Arab Spring has demonstrated repeatedly, the swathe of corrupt and repressive regimes that the West armed and/or trained have become enemies both of their own people and regional stability. The fundamental tenets of the West’s traditional political approach to Arabia and the Gulf are fast losing credibility.

Certainly Osama bin Laden’s proposed solution to legitimate Arab and Muslim grievances was the antithesis of the freedom and democracy many amongst those peoples now openly crave, but this emergent political dialogue has, if even indirectly, been partially animated by the discourse of radical Islam contained within the tapes and messages issued by bin Laden and his deputy Ayman al-Zawahri. It is not without reason that bin Laden is viewed by many in the wider Muslim world as brave and heroic talisman; to a degree he spoke the language of the powerless, articulated their anger and frustrations. That any deeper analysis of his arguments and tactics exposed their massive flaws matters less than the impact of his populist rhetoric.

Yet such nihilistic extremism can only take you so far. As a mass murderer, bin Laden was never more than a small time crook (the US killed substantially more civilians in Hiroshima and Nagasaki or Vietnam than al Qaeda ever did in the name of global jihad, ditto Pol Pot in Cambodia and Mao Tse-Tung during the Chinese Cultural Revolution), but he did change the landscape of international politics, drawing an arrogant US administration into two unwinnable wars that have ultimately cost it far more lives than the attacks of 9/11. His actions and the reactions they prompted focussed minds across the globe and helped politicise millions. Osama bin Laden may have left the building, but it will continue to shake from the tremors he unleashed for a good while yet.