The Walt Disney Company UK and Ireland and Birmingham Hippodrome have announced that Disney’s The Lion King will return to the Hippodrome next summer.

The internationally acclaimed production will come to Birmingham for ten weeks from Thursday 6th July to Saturday 16th September 2023. Priority tickets will be available from 11am Tuesday 11th October. The general sale will begin at 11am on Friday 14th October.

The show returns to Birmingham for the first time since 2013, when it enjoyed a triumphant sell out run. 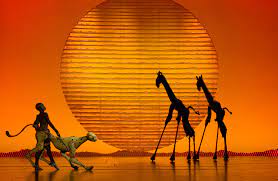 Birmingham Hippodrome Artistic Director and Chief Executive Officer, Jon Gilchrist said: “We’re absolutely thrilled to welcome The Lion King to Birmingham Hippodrome for an amazing ten week run next Summer. It’s such an iconic production and we’re really proud that we can bring this internationally renowned show to the West Midlands as part of our stellar season next year.”

The story of The Lion King leaps into life using spectacular masks, puppets and costumes to tell the story of Simba’s epic adventures, as he struggles with the responsibilities of adulthood and becoming king.Julie Taymor’s internationally celebrated stage adaptation opened on Broadway in 1997 and 25 global productions in nine different languages have been created since then.

The stunning artistry of the production is the work of a team of designers which drew on diverse cultural influences to recreate the rich colours and vast expanses of the African savanna in this daring and inspiring reinvention of one of the most successful animated feature films of all time.

Julie Taymor, one of the world’s most innovative directors, brought a vast array of disciplines to The Lion King, including extensive experience staging epic theatre and opera productions, exploring classic myths through ritualised puppetry, mask, and movement. The Lion King was the first musical Taymor directed in the commercial theatre and she made Broadway history by becoming the first woman to win the Tony Award® for Best Director of a Musical.

Scenic design is by British designer Richard Hudson and lighting is by Donald Holder. Costume design is by Julie Taymor, and choreography by Garth Fagan. The book was adapted by Roger Allers, who co-directed the animated feature and Irene Mecchi, who co-wrote the screenplay.

The original score from the animated film was expanded for the stage and now features fifteen musical numbers. As well as writing completely new songs, South African composer Lebo M created an evocative blend of African rhythms and chorales, with additional material by Julie Taymor and Mark Mancina.

Elton John and Tim Rice have added three new numbers to the five that they wrote for the award-winning score of the animated film. The resulting sound is a fusion of Western popular music and the distinctive sounds and rhythms of Africa, including the Academy Award-winning Can You Feel The Love Tonight and the haunting Shadowland.