Birmingham Jazz has announced details of their festival which takes place in May.

The theme for this festival will be the emergence and development of British jazz into its own style and uniqueness. The festival will showcase jazz musicians who have emerged in the decades, starting from the 1960’s. UK jazz came of age during the decade and has evolved significantly since then. Its influences reflect the development of the nation with Caribbean, African and Indian influences instead of just the dominant African/American classic strain of the genre. UK Jazz is ever-evolving to engage new and diverse audiences, young and old, different cultures and genders. The festival will promote bands & musicians reflecting the changes and influences over the decades, up to the 21st Century. 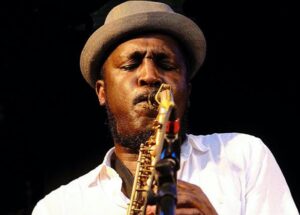 The reverberations of the British jazz boom that detonated in the mid-2010s echo on, as do its inventive crossovers mixing jazz, hip-hop, Afrobeat and funk. Its freshly stirred stew characterise the century since the first jazz boom directed toward amalgamating music from around the world.

This festival will celebrate and affirm UK jazz over the past 55+ years; as an outstanding musical form bringing together diverse worldwide genres, audiences and musicians, applying their collective knowledge and intuition into live improvisation. Ten years before Birmingham Jazz was formed, jazz in the UK found its own British culture refracting the music from the Caribbean & Indian sub-continent – which we can now celebrate.