One of the country’s most innovative jazz musicians will be coming to the Jewellery Quarter venue this Friday, 15th October.

Currently professor of jazz piano and composition at Trinity Laban Conservatoire of Music, Bruno Heinen is a London-based improvising pianist, composer and educator. He has been described by the Guardian as eclectic, eccentric, and unobtrusively erudite. In 2009 he was nominated for the Paul Hamlyn Composers Award, and he has recently completed an AHRC-funded practice-based PhD at the RNCM with the title ‘Counterpoint in jazz piano with specific relation to the solo work of Fred Hersch’. 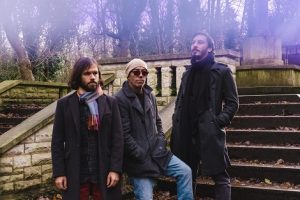 Bruno has performed in venues and festivals worldwide, and recently held the piano chair for two recorded performances of Bernstein’s Wonderful Town at the Barbican Centre with the LSO conducted by Sir Simon Rattle. His trio are currently touring their new recording Out of Doors.

For this gig the trio will be joined by the unique singer Heidi Vogel. Initially making her professional debut touring with Cirque du Soleil, she became a frequent face in the London and LA jazz & soul scene. This established her extraordinarily rich and complex vocal timbre and built her reputation. By 2007, Vogel had toured all over the USA, Australia, South Africa, Canada and Europe and ended the year with a sold out concert at The Royal Albert Hall and a stunning performance live on the Jimmy Kimmel TV show.