Political journalist Nigel Morris – described by his successor at the i newspaper as a “legend amongst lobby correspondents” – is to be guest speaker at a Birmingham Press Club luncheon on Thursday October 28th.

The luncheon, the Press Club’s first since the start of the coronavirus epidemic, will be held at 1pm in the Garrard Suite (Level 15) at the four-star Park Regis Hotel at Five Ways. Tickets are priced at £30 (including VAT) and may be booked by emailing Fred Bromwich at fred.bromwich@btinternet.com

The event is being sponsored by Amazon UK, which operates the biggest online marketplace in the UK, accounting for over 30 per cent of the UK’s e-commerce market. 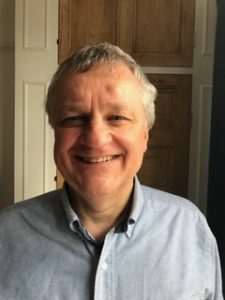 Nigel (pictured), a lobby correspondent for thirty years, retired in July as political editor of i, after previously working for the Independent, Daily Mirror and The Birmingham Post.

When Nigel first arrived in Westminster in 1990, Margaret Thatcher was Prime Minister. Since then, No 10 has had six more occupants, while the nation has lived through eight General Elections, two national referendums – and far too many sex scandals to count!

Nigel stepped down from the i after five years at the newspaper – having joined the very day it was hived off from its mother newspaper, The Independent. He had led the i’s political coverage ever since, initially as a one-man band, then presiding over a growing team of journalists reporting from Westminster (or, during the lockdown, from their own homes).

Paying tribute, Hugo Gye, who has taken over at the i from Nigel, said Nigel was a true “legend of the lobby” who had “extraordinary expertise and in-depth knowledge of every political cough and split.”

Nigel is married to journalist Carolyn Quinn, best known for her work on BBC Radio 4 as a political correspondent and for presenting Westminster Hour, the Today programme and PM.

Press Club president Bob Warman, who will chair a Q & A session with Nigel, said: “Nigel has had a successful career spanning 30 years and we are delighted to welcome him as guest speaker at the first celebrity luncheon we have been able to hold since the start of COVID-19. As to what Parliamentary secrets and gossip he will divulge we shall just have to wait and see.”