Andy Munro is less than enthralled by England’s win over Austria.

The Riverside stadium in Middlesbrough was undoubtedly a fitting venue for this stodgy affai,r but maybe as Germany only drew with Denmark we shouldn’t read too much into the game. However, it was a bit worrying that Austria, hardly one of 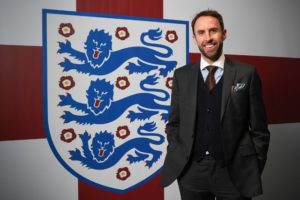 the international giants, looked technically more at ease on the ball and deserved a draw. Yet such is the jingoism around, the commentator and the pundits seemed blind to our shortcomings.

In fairness both Jack Grealish and Jude Bellingham were decent and Sako not only scored but was probably the pick of the players on show. On the downside, however, we looked shaky at the back at times of which Pickford was a worrying integral part of that shakiness.

Up front Harry Kane looked like little boy lost and despite the valiant attempts from midfield, he definitely needs a running mate. That certainly isn’t Jesse Lingard who looked every inch an average premiership player huffing and puffing to little end effect.

Still, hope springs eternal but if Scotland can draw against the Dutch then it shows qualifying for the knockout stages of the forthcoming tournament is going to be no stroll in the park.