Online and cinema screenings to be available for this year’s festival.

In a challenging year for India and South Asia, Birmingham Indian Film Festival, part of the Bagri Foundation London Indian Film Festival and sister festival in Manchester, will be a love letter to the homelands, continuing to premiere the very best of new indie and classic films from the Indian subcontinent and diaspora, from Thursday 17th June to Sunday 4th July.

Supported by the British Film Institute using funds from the National Lottery, this will include the festival’s Opening Night Midlands premiere of WOMB (Women of My Billion), an inspirational feature documentary telling of one woman, Srishti Bakshi, who walks the entire length of India (nearly 4,000 kms), over 240 days to explore the experiences of other women in its billion plus population. Srishti will be live in conversation at MAC Birmingham following the screening. The closing film, Flight, will showcase British Asian film makers and actors and their continued contribution to British cinema’s success, often depicting realistic stories of British Asian immigrant experience. 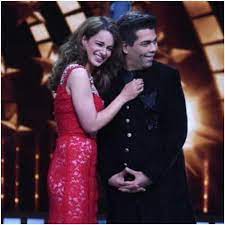 Festival Director Cary Rajinder Sawhney MBE says: “Last year we grew our audiences quite substantially by going online and UK-wide. With the UK scene improving, we are delighted to not only offer a strong high-definition online experience on LoveLIFFatHome.com but to also welcome our audiences back to the big screen at MAC Birmingham, Millennium Point, and, for the first time at Everyman at The Mailbox. We will this year be showcasing the best of British Asian filmmaking, plus exciting premieres in over seven South Asian languages. Of course, we are working with cinemas to ensure the safety and comfort of all our audiences”.

One of Satyajit Ray’s greatest actors, the late Soumitra Chatterjee is also profiled in the premiere of Abhijaan, while light-hearted moments are brought with the premieres of Bengali drama Searching For Happiness and black comedy Ashes On A Road Trip. Sanal Kumar Sasidharan’s Kayattam (A’hr) in Malayalam, starring one of South India’s most decorated actresses, Manju Warrier, makes its UK debut at the cinema as does Iram Parveen Bilal’s Narrative Feature Grand Jury Award nominee at South By Southwest in 2020, I’ll Meet You There, which examines the immigrant life of a Pakistani American family in Chicago, USA.

The Festival’s new strand dedicated to ecology-related films, called Save The Planet, brings stirring features that in different ways reflect lives affected by deforestation and rising sea levels, and how people are meeting the challenge. As Bangladesh marks the 50th anniversary of its independence, BIFF celebrates the country’s giant strides in global cinema with special screenings of the lyrical The Salt in Our Waters. Films are in languages such as Hindi, Tamil, Bengali, Urdu, Malayalam, Marathi, Gujarati et al, all with English subtitles.

Online In Conversation events will take place at loveliffathome.com where we’ll be speaking to Bollywood actor, producer and director, Karan Johar as well as pan Indian actress and musician, Shruti Haasan and Jahnvi Kapoor, daughter of the late Sri Devi and Boney Kapoor who is making big strides in cinema. In a unique and rare interview, Pam Cullen talks to Nasreen Munni Kabir about her life including working with Indira Gandhi, how she befriended the shy young Satyajit Ray on his early visits to London, rubbing shoulders with such luminaries as Charlie Chaplin and managing Raj Kapoor’s press schedule in the golden age of cinema.

Ben Luxford, Head of UK Wide Audiences at the BFI, said: “We’re delighted to be supporting the festival again this year. Thanks to National Lottery players we’re able to help bring this exciting programme to cinemas and households across the UK. The focus on British Asian filmmakers this year is a particular highlight.”

Professor Rajinder Dudrah, Professor of Cultural Studies and Creative Industries, Birmingham City University said: “In another challenging year all round, not least for our Indian friends and families, we need the possibility of the new, to be able to look at things differently, for hope, and to create and tell our stories in a myriad of ways. This summer of BIFF 2021 promises to do just that with a range of stimulating films and events that deal with the topical, to the practical and the uplifting. Birmingham City University, as in previous years, is pleased to be a partner to this venture that brings thought, escape and creativity to our city and online platforms.”