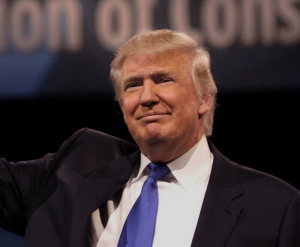 First, Mr Trump exhorts his roiling inchoate troops to take back control. Then he tells them earlier today in a speech written by his lawyers that they are criminals and will face charges – especially since the announcement that a police officer has subsequently died in the DC riot.

It is obvious he doesn’t believe a word that vomits from his own mouth. He is simply watching his back as prosecutors ponder if he could face charges for incitement or being an accessory to a federal crime. He is a deeply deluded man…and now a deeply worried one too.

And what gets me now is how his inner court is fast vanishing along the ratlines; it just shows how Pence and McConnell kowtowed to a man who had no real interest in his fellow citizens, or for the world for that matter. They are spineless sycophants, simply watching their own backs.

But some Capitol Hill pols are still adhering to the fraudulent election rubbish. A handful of senators and, amazingly, 120 congressmen/women in the House of Representatives still voted to stop the Biden certification. No doubt they’re using their haywire vote as a calling card for the next poll in their seats. I mean, what politician doesn’t ultimately act for reasons of self interest? Name me one.

So, Trump dips his toe in the toilet bowl, soon to swish down and disappear into the manure pile of history. Pence will pitch for 2024, Biden and Co. will spend loads of time cleaning up the Augean stables of the Trump Mess.

As for news coverage, The Washington Post managed a sly bit of humour following the siege. It imagined how the western media would have reported the riot if it happened in a banana republic or a failing African state. Here’s an imaginary quote from a fictional commentator as he contemplates the US’s murderous troubles:
“This did not start with Trump. The biggest threat to White America was always the rage and violence of White America. And if the country doesn’t get a hold of itself, America’s democracy will indeed pay a heavy, heavy price. America will lose whatever remains of its soul.”

And keeping with the media back here in the real world, an additional thought as I slowly unstick myself from hours of watching the BBC, CNN, Bloomberg and ITN (and credit for its fine live coverage as the mob went nuts inside the Senate).

When it comes to what folks see on the screen and, less often, in their newspapers, it is radically different in the US and the UK. This is how it works: In Britain, the broadcast media is pretty unbiased. The news is really ringfenced from comment. It’s straight up hard news.

But  is print industry is simply bonkers. Read the tabloid Sun and then the lefty Guardian, for instance, and you are faced with two different worlds. Both colour their content from a fixed position. Facts and story choices are distorted by a managed political stance.

In the States, however, it is diametrically different. The US print industry (except for major wealthy papers like the New York Times), is mostly bland but factual, often dependent on syndicated wire copy. But Its TV is drowning in comment.

Fox and MSNBC see the facts through pre-determined political vantage points. Presenters’ questions are riddled with assumptions and prejudice. And, as the US faces the launch of right wing TV ‘news’ that peddles fiction and lies, the American public is more than ever open to swallowing a landslide of insidious lies and bilge.

So, be careful out there. It’s a minefield as we face the pandemic, American meltdown, Brexit, the climate problem, the inexorable rise of unfettered online social media garbage  that may all poison us in the face of uncertainty.

6 thoughts on “Trump flip-flops to save his skin”