Will Mapplebeck crawls out of his Tyneside bunker to view how the media view the last night on the lash before the Geordie lockdown. 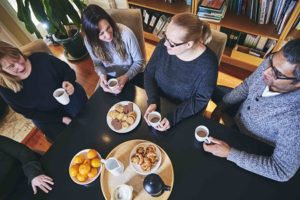 Hello from lockdown North East. Like most of the rest of England we are now subject to local restrictions designed to try to halt the spread of Covid-19. For two million people that means pubs shutting at ten, not going round your mates’ houses for group hugs and – a killer for me – continuing to work from home wherever possible.

Anyway, so….. Covid right? Well the North East was one of the first places in the country where Government, responding to requests from local leaders, decided to put in restrictions. As you’d expect there was a good deal of interest from national media, including this picture from the BBC website.

Yes, that’s right. A story about the entire North East, a diverse coastal region with many stunning sites and landmarks and what was the lead image to illustrate a story about lockdown restrictions?

Pretty girls down in the epicentre of a night out: Newcastle’s Bigg Market. Kind of like Birmingham’s Broad Street. But colder. And windier. And colder. To be fair, the above pic is a stock image that has also been used by other media and the BBC is not the only outlet to indulge in this old age regional stereotype. You’ll see it repeated across media, on everything from adverts, feature films and documentaries.

It’s part of that old trope that people in UK regions have little else to do apart from drink, probably because we’re all still recovering from the decline in heavy industry (huge yawn, the last pit where I live in Sunderland shut down almost thirty years ago). In fact, even the idea that the Bigg Market is still a gathering point for drinkers is out of date. These days The Market is a shadow of its former party central self and currently subject to redevelopment. The action moved around the corner to the so called Diamond Strip of Geordie Shore star-frequented bars – I’m not a regular – some time ago.

But it seems news desks around the country see the word Newcastle or North East in a story and reach for that stock image of pretty girls not wearing too much under harsh orange streetlights. Or they do what the Daily Mail does, actually send out a snapper to get some pictures of girls in state of undress/drunkeness for people to tut or laugh at over their cornflakes the following morning.< The Mail definitely rose to the challenge this time, framing the story as Newcastle’s “last night of freedom”. See below.

So media professionals, can we not illustrate stories about England’s North East with scantily clad women? It’s just a bit lazy to be honest. I’m not denying that a night out is part of what makes Newcastle special – I grew up here and I’ve had a few – but it’s really not the only thing. There’s so much more to the place.

For your next North East story about lockdown, choose differently. How about a picture that doesn’t feature Newcastle or pretty girls? Maybe families on beaches or people in cities enjoying themselves while not drinking and wearing normal clothes. I won’t hold my breath.

One thought on “Death,taxes and Bigg Market lasses”