Charity to offer £5,000 reward for whereabouts of Ceasar Bello.

Independent charity Crimestoppers is offering a reward for information about the whereabouts of Ceasar Bello, an 18-year-old wanted in connection with a murder in Birmingham.

Bello, also known as ‘Peace’, is being sought over the fatal stabbing of 20-year-old Panashe Bako, who was killed at the Crown Plaza hotel in Holliday Street on Tuesday 21st July this year at around 7.20pm. 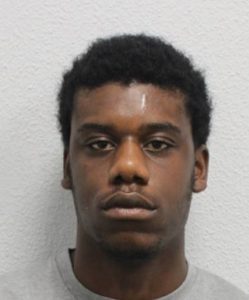 Despite the best efforts of paramedics to save his life, Mr Bako was later pronounced dead in hospital. It is believed Ceasar Bello may now be hiding in London.

Crimestoppers is offering a reward of up to £5,000 for information the charity exclusively receives – either online at Crimestoppers-uk.org or by calling freephone 0800 555 111 – that leads to the arrest of Ceasar Bello.

Mick Duthie, Director of Operations at the charity Crimestoppers, said: “This young life has tragically been taken away and our heartfelt condolences go to the family and friends of Panashe. Our charity believes in safe communities and we hope our reward and appeal will go some way in helping Panashe’s family eventually see justice.

“We are appealing to anybody with any information on Ceasar Bello’s location to do the right thing and to tell our charity what you know, 100% anonymously. What you tell us can make all the difference in keeping others safe from harm.

“It is important to remind people that assisting somebody wanted for questioning over a crime can lead to prosecution. You can speak to us anonymously by calling our UK Contact Centre which is open 24/7 on freephone number 0800 555 111 or you can use our simple and secure anonymous online form at www.crimestoppers-uk.org

“Crimestoppers has been taking crime information since our charity was formed over 32 years ago. Every day over a thousand people contact us online and over the phone. We have always kept our promise of anonymity to the millions of people who have trusted us. Nobody will know you contacted us, only you.”