Gay life is complex, unique, contradictory and nuanced. This is not always made visible.

Midlands Arts Centre in partnership with director, playwright and academic Greg Homann is inviting gay men in Birmingham to participate in a voluntary and confidential 90-minute interview in late August and October as part of a theatre-based project, In Our Skin. 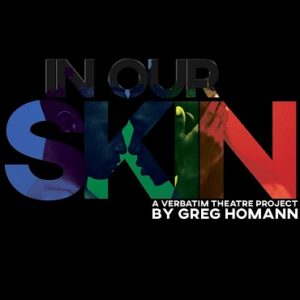 Birmingham, UK and Johannesburg, South Africa. Transcripts from a series of interviews conducted in each city will form the basis of an original verbatim play. The aim is to create a conversation between Birmingham and Johannesburg that highlights what it is like to live as a gay man in cities today.

In Our Skin is supported by The Market Theatre Lab in Johannesburg and is now advancing its research and development with support from Midlands Arts Centre. Celebrated South African-born theatre director, playwright, and academic, Greg Homann, is leading the project. He says, “I am inviting anyone currently living in Birmingham who identifies as a gay man and is over 18 to participate in an interview. You can choose to tell your story privately and share it anonymously using a pseudonym.”

Interviews in Johannesburg have already been completed. Homann says, “The seventeen participants in Johannesburg represented a broad cross-section of the economic, racial and religious divides in that city. They capture stories of love, hope, prejudice, joy, discovery, hurt, sex, pain, bravery & much more. I am now looking to extend this project to include Birmingham and to counterpoint the lived experiences between one place and another.”

A second series of interviews will be scheduled to take place in Birmingham in October. Those interested in being interviewed for the In Our Skin project, or who want to find out more, can get in touch with Greg via Email: inourskinproject@gmail.com , text or WhatsApp: 07882971875.