SHOUT Festival of Queer Arts and Culture have announced that the King of Camp John Waters will headline this year’s festival, in partnership with Birmingham Hippodrome.

After receiving critical success touring all over the world with his one-man-show This Filthy World, film director Waters will play the Hippodrome on Wednesday November 10th, as part of the 10th anniversary edition of SHOUT Festival of Queer Arts and Culture. This will be his first appearance in Birmingham and only UK show of 2019. 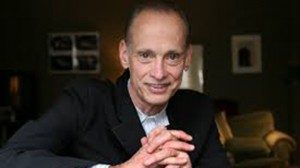 Described as “The Pope of Trash”, the legendary queer directorhas written and directed sixteen movies across his 50-year career. He is best known for his seminal counter-cultural comedies which celebrate deviance and alternative lifestyles including Hairspray, Pink Flamingos, Polyester, Cry Baby, and Serial Mom.

Waters has also seen his photography shown in galleries globally and is the author of nine books, including his new title Mr. Know-It –All, The Tarnished Wisdom of a Filth Elder, which will be published in the UK this September.

Combining highlights of his stand-out career, delightfully devious anecdotes, comical career observations and hilarious audience interaction, tickets for this one-night-only show are on sale now and can be purchased at www.shoutfestival.co.uk.

John Waters said“Oh boy! Birmingham, a whole new city I have never been to. What a perfect place to spread my trash. SHOUT Festival, get ready — you are about to receive into your community the filthiest person alive!”

Adam Carver, SHOUT Festival Producer, added, “Birmingham LGBT are overjoyed to welcome a living legend to celebrate 10 years of SHOUT. We’ve grown exponentially over the last decade, bringing John Waters to the city for the first time is the perfect way to celebrate ten years of delivering international quality LGBTQ+ arts for Birmingham.”