Stephen Pennell looks at the Brummie music scene past, present and future.

The Wonderstuff, along with Pop Will Eat Itself and Ned’s Atomic Dustbin, were the leading lights of a Birmingham-born music phenomenon that raised its unkempt head back in the eighties.

The bands were all pals and shared certain musical and sartorial similarities, so the music press had to come up with a name for it, and they settled on ‘Grebo’. The scene claimed the cultural zeitgeist for a while, most notably when the Stuffies teamed up with Vic Reeves and Bob Mortimer and had a number one hit with Dizzy.

In many ways, they encompassed the second city’s modus operandi – producing understated, unheralded brilliance, with very little hype and fanfare, in much the same way as the Moody Blues invented prog rock, Black Sabbath invented heavy metal, and a few kids including Napalm Death messed about at the Mermaid in Sparkhill and created grindcore.

This potted summary of Midlands musical innovation wouldn’t be complete without mention of Duran Duran and Dexy’s Midnight Runners, while Sabbath ex-manager Jim Simpson’s assertion that Birmingham is the rock capital of the world stands up to scrutiny when one remembers Stevie Winwood, Traffic, The Move, ELO, Judas Priest and Led Zeppelin, and the fact that a young woman from Bearwood (Christine McVie) wrote most of the songs on Fleetwood Mac’s Rumours, the second biggest selling album of all-time. And that’s just the white people.

Joan Armatrading was the first black British woman to achieve international music success, closely followed another Brummie – Jaki Graham. And the roll-call from that particular demographic is nothing short of phenomenal; add Jamelia and Beverly Knight to the list and note that three of the last five best female winners at the MOBOS – Laura Mvula, Lady Leshurr and Steflon Don – were all born in Brum. Coming soon: Jorja Smith and Mahalia.

The city was also the birthplace (and international HQ) of Bhangra; and who can forget the domination of reggae record sales by UB40, Steel Pulse and Musical Youth, who’s promo for Pass The Dutchie was the first black video played on MTV? Dis generation rules de nation indeed.

Back in the now, Mike Skinner’s documentary The Unstoppable Rise of Birmingham Rap explores the massive local grime scene, while The Streets, Call Me Unique, Mahalia and the aforementioned Ms Smith all impressed at this year’s Glastonbury festival. 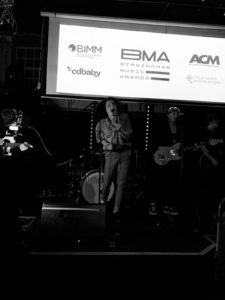 Lady Sanity and Namiwa Jazz are absolute soldiers for the city, and Lotto Boyz, Mist, Dapzonthemap and Jaykae are blowing up big, the latter having a song played on glamorous US TV series Power. Meanwhile, hoping to reclaim our rightful place in the rock and pop mainstream, The Clause and The Novus are the nuclear option, Karkosa are doing their bit for international relations by conquering South Korea, while Flares, Sugarthief and Spilt Milk Society provide the indie songcraft.

B-town pioneers The Twang, Peace, Swim Deep and Jaws have all shown admirable staying power with fourteen albums between them. So why does this huge, impactful success and talent go seemingly unnoticed by the rest of the world? Our incredible diversity is undoubtedly a good thing, but in terms of marketing, does it work against us? Jimmy Brown, UB40’s drummer, thinks it might. “Most other cities have a sort of identity. The Liverpool sound, the Manchester sound, even London has a musical identity. But Birmingham is so diverse it encompasses many different styles. How do you find a link between bands like Black Sabbath, Duran Duran and UB40, and everything else in between?”

It could be a geographical thing, he reasons. “We are just about the only city that hasn’t grown out of a port. Ports have a different culture, they’re more transient, and there are still strong links to the homelands of any incomers. With Birmingham, people are plonked down in the middle of the country and just told to get on with it. So we did. I was born and raised in Small Heath and that was a privilege. You could sit on your doorstep and watch the four corners of the world pass by”.

That goes some way to explaining why the Birmingham sound is hard to define and package, while another problem is our natural humility. Miles Hunt, frontman of The Wonderstuff, explains: “You would never have heard Noddy Holder telling everyone that Slade were the greatest band in the world because he didn’t need to. People from the Midlands are generally comfortable in their own skin, which not only enables them to have wonderfully self-deprecating senses of humour, but also removes any need for them to brag about themselves. It is part of their enduring charm.”

I found confirmation of this at a pre-gig plot up at Subside before a Lady Leshurr gig in Digbeth. There were a few lads with guitars hanging around and I asked them who they were, to which they replied “The headliners are Drawstring, we’re only the support act”.

“Coffee Breath,” they replied, and it wasn’t an observation, accurate though it may have been.It turned out I had heard of them, was a fan, and had posted links to their songs on various websites and social media, yet despite their talent, they were genuinely surprised to hear it.

But in 2019, things are changing for the better. We’re never going to be a city of swaggering egos, with heads too big to fit through the doors at Digbeth Dining Club, but there are signs that we are learning how to shine a light on our city. Credit for this goes not just to the plethora of exciting indie bands, sick rappers and emotive singer-songwriters, but also to the collective of DJs, producers, promoters, venues, bloggers and vloggers that surrounds and promotes them.

There’s an agglomeration building, coalescing around the Birmingham Music Awards, run by Jo Jeffries and Simon Pitt, whose unashamed mission is to relay and amplify this 0121 uprising to the world. We here at the Birmingham Press and Richard Franks and his small army of writers and photographers at Counteract are trying to get the #Madlands message out by posting high-quality 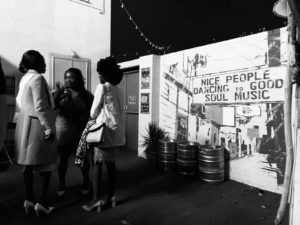 content all over the internet via our branded websites plus Facebook and Twitter – other social media platforms are available – and there are happenings and gigs by local artists almost every night at the Hare and Hounds, The Sunflower Lounge, the Night Owl and a variety of other venues down Lower Trinity Street.

Call Me Unique’s CMU Experience (every second Saturday of the month at Mama Roux’s) is possibly the best night out in town; open mic nights like Dope Vibes and Neighbourhood, and networking events such as the BMA monthly gathering, showcase the boundless energy and creativity of local artists, while Raw Sound TV gives them the opportunity to play up to the camera. Studios like Bay 10, Pirate and Gavin Monaghan’s legendary Magic Garden provide artists with priceless expertise and facilities, and musical academia is well served by Lyle Bignon, BIMM, BOA, ACM, South and City College and the Royal Birmingham Conservatoire.

Home of Metal, currently curating the Black Sabbath exhibition at BMAG, and Jez Collins with his Birmingham Music Archive look after the heritage, and the future is in the capable hands of promoters like Mazzy Snape, Adam Reagan, Sonic Gun, This is Tmrw and the indefatigable Tim Senna, who has the potential to be Birmingham’s equivalent to Tony Wilson, bigging up local music through his various radio gigs, and documenting the indie scene via his riotous vlogs.

Muna Ruumi (often the only hijab in the room) could talk for England, but choose to speak up for Birmingham instead; rapper Vital does just about everything, promotes just about everyone, has his own radio show (The Midlands Source on BBC WM), and

has been the subject of three double page magazine spreads in the last week. Also on the airwaves are Alex Noble, who has a two-hour platform on BBC WM which he uses to promote (tagline alert!) “the best in unsigned, undiscovered and under-the-radar talent from the great West Midlands”, plus Pete Steel, Danny de Reybekill and the rest at Brum Radio, which streams local music 24/7 from the Warehouse Cafe in Digbeth and provides a showcase for the very best of it with the A-list show on Saturdays at 2pm.

Pete’s fortnightly show, Second City Sounds, is another two hours of essential listening for those who want to keep their ears to the ground and their fingers on the throbbing pulse of the vibrant local scene. For a reviewer like me, that’s eight hours a week of unmissable radio, like the most pleasurable day’s work you could ever imagine.

I always wanted to be in a band – I’m proud of my city’s huge contribution to musical history and would love to have added my own chapter. I hate getting out of bed in the morning and becoming a rock and roll star seemed like the easy way out. But when I got round to trying it I was terrible, and that was the end of that. So now, in a poacher-turned-gamekeeper-type scenario, this failed musician is alternating between the Birmingham Press and Counteract, hoping to bask in the reflected glory of artists with actual talent, by reviewing Birmingham’s finest performers playing the city’s most iconic venues.

And along with the heroes I’ve already mentioned, there are many more on message. Perhaps we lack glamour, but with Aston Villa and Wolves amongst the biggest spenders in world football, Jorja Smith being possibly the most beautiful woman on the planet, and Peaky Blinders soon back on telly, that issue is being addressed.

In the not-too-distant future, HS2 will have Camden at one end and Digbeth at the other – London-based A&R men will have no excuse – so let’s ditch the humility, embrace the diversity and, as The Novus, one of the most exciting new bands in Birmingham would say, Join The Noise!

One thought on “A State of the Brummie Nation Address”