A message for UB40’s Brian Travers.

UB40 are one of the most important bands to come out of Birmingham. In fact, there’s a case for saying they’re THE most important. They were one of the first multi-racial bands to emerge from the inner city, playing music that was a fusion of all that influenced them, and many other Brummies in challenging times. They were an inspiration not only through their music, but also in their attitudes. 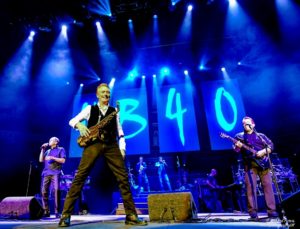 Of equal importance was the fact that they stayed here. While others fled Birmingham at the first opportunity never to return, UB40 stayed in the city, embraced it and continued to put back into their local community.

Even last year the band were returning to their roots with a memorable gig at the Hare & Hounds, where they began back in 1979.

And now, saxophonist Brian Travers, who has always seemed to me the band member most keen to keep that original spirit alive, is having to step down from their fortieth anniversary tour after having surgery following diagnosis of brain tumours.

This isn’t the place to dissect their music or to dwell on the wranglings that have reduced the original band to two seemingly irreconcilable factions. It’s merely to send a message to Brian, a Brummie legend as well as being one of the nicest guys you could ever meet, that he’s a massive and well-respected part of the Birmingham music scene, now and always, and to wish him a speedy recovery.