One of Britain’s most enduring bands and a bright new talent will be performing at Wolverhampton racecourse in the summer.

On the heels of their Sound of Madness UK – December arena tour, Britain’s favourite Nutty Boys will be playing a string of racecourse shows this summer, finishing off at Wolverhampton on Friday 30th August.

Madness are one of the top twenty biggest-selling UK groups of all time, with seven top ten albums to their name. The band have reached the UK Top 20 charts twenty-two times, with over six million album sales. And recently they’ve achieved gold status with their Can’t Touch Us Now album, sold out shows across the country, and released their Full House – The Best Of Madness compilation.

They will be playing all the hits and fan favourites including Baggy Trousers, One Step Beyond, My Girl, Our House and It Must Be Love, plus some brand new tracks too.

Then the following night, Saturday 31st August, the incomparable Jess Glynne will be perfoeming at the same venue 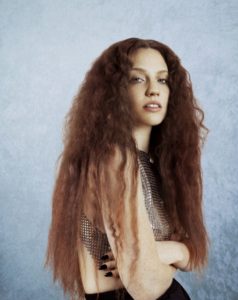 Following on from her first two albums I Cry When I Laugh and Always in Between, her new release Always In Between, featuring the hits I’ll Be There and Thursday, has seen Jess cement her status as one of the finest British voices of her generation.

I Cry When I Laugh is one of the defining pop records of its era. A chart resident since its release in 2016, it debuted at number one, spawning 12 million worldwide singles sales, 39 weeks on the UK top 10, 2.5 billion Spotify streams, a sold out UK arena tour and numerous award nominations.

For an action packed day out, why not celebrate a day – or two – of racing with friends and family, before dancing the night away to finish off a perfect Summer’s evening? These are gigs not to be missed.

Tickets for both shows are available from www.vmstickets.co.uk