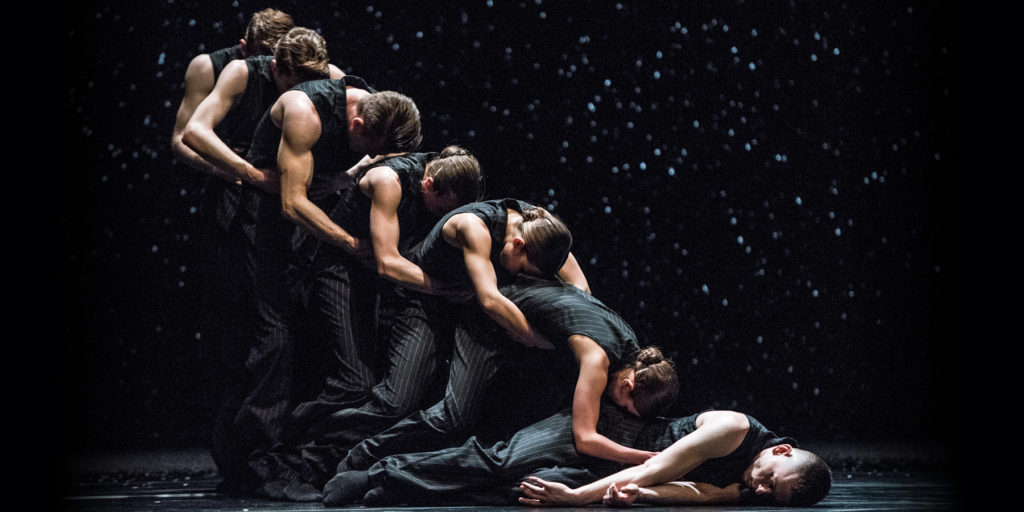 Richard Lutz takes his pew for the Canadian dance troupe.

This Vancouver-based contemporary dance company offers up a trio of work ,- all by women choreographers. Most times it clicks. Sometimes it doesn’t.

The delight of the show at the Birmingham Hippodrome is the finale, entitled Bill. The troupe fill the stage to an upbeat whacky electronic score by  Ori Lichtik. The dancers are rubbery, awkward, comic as they twitch and move and stretch erratically, as if hit by small jolts of electricity.

A soloist here or there briefly breaks the fourth wall and looks out worryingly at the audience , as if as shocked as we are by the inchoate angular movements, as if caught in a small surreal world that be can’t understood. It is a bit freaky, compulsively watchable and, at times, bordering on a comic turn for kids inside an out of control pinball machine. 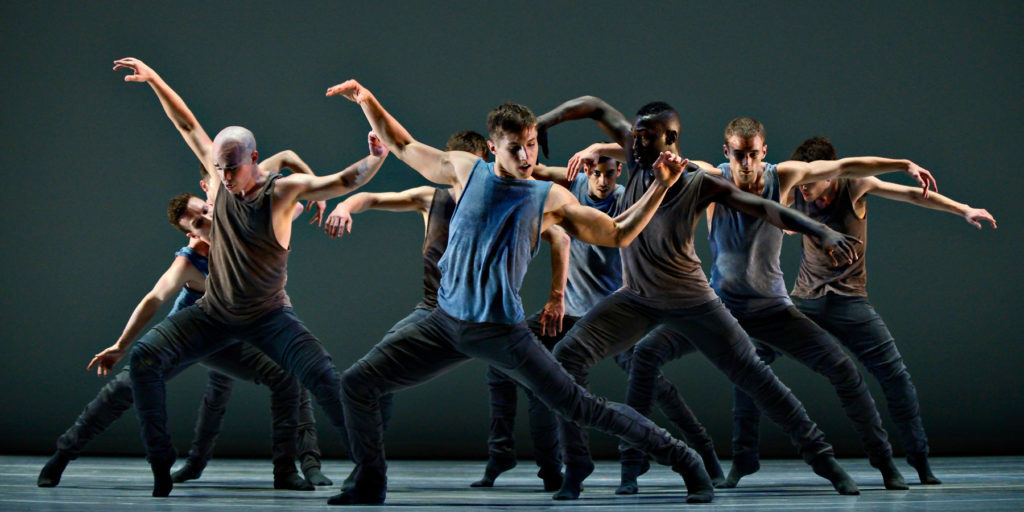 Solo by Crystal  Pitge (love the name…) is an elegant movement performed to two Brahms concertos. The set is dark, snow falls in the backdrop and the elegance of the troupe heightens a feel of an eternity without light.  It is very moving, helped no doubt by the beauty of Brahms’ music.

Less successful is the opening number: 16+ a room by Emily Molnar. It seemed vague and didn’t hold me nor the Hippodrome audience. The essence was dancers (and us) are never balanced in  our world, It’s as if, as in the Virginia Woolf quote included in the programme, we’re “being shot backwards and forwards..”

The central point, to quote another writer, is that the centre cannot hold. Dancers punctuated the work with signs that read ‘This is the beginning’ and ‘This is not the end’ – a cack handed bit of trickery I expected from a sixth form dance class rather than from a polished international troupe.