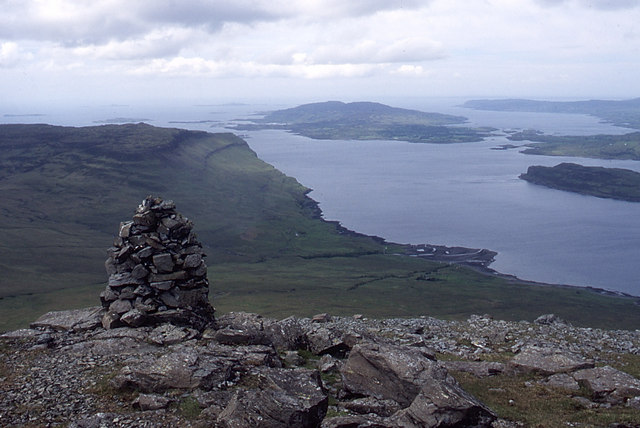 Ben More: View from the ridge

Richard Lutz hits the hills and engages with a new pal called Andy.

Time to put on the boots, don full metal gortex and slap one foot in front of the other, which is an Increasingly difficult thing to do when you can’t see the ground for your belly. Disturbing demands to lose weight while tightening up flabby legs just didn’t come to fruition and a promise to climb the Ben More mountain on the Isle of Mull had to be fulfilled.

Per usual, I ensured I was in the fore, in the front,  in the vanguard of the the big push up the 3,200 foot lump. Well, for at least the first six paces. After that, I successfully clung to the arse-end of the mountain goat group I latched on to…through bog, more bog, rivers (inevitably wet) and then a hard gravelly path up through cloud to the summit. Done: Munro number 101 and possibly, probably possibly, my last.

Before lunging into the murk at 2,000 feet, about two-thirds to the peak, I turned to see just how well worth the chore upwards actually is. Below is water and more water dotted with islands with names like Coll, Ulva, Tiree, Treshnish, Staffa, Rhum and Eigg. In the far distance, in and out of cloud cover, were the Cuillen ridges of Skye and the empty Knoydart peninsula. Somewhere behind me north eastwards past miles of sawtooth spines were Ben Nevis and its neighbouring Mamore Range. 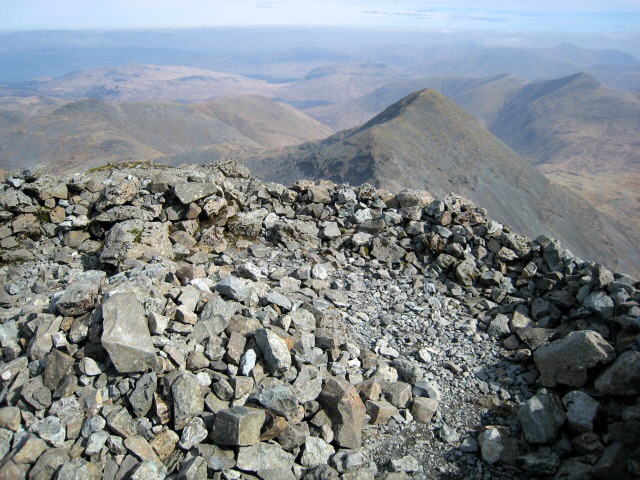 On a clear day…

There are some 280 Munro summits in Scotland, all allowed the Munro status because they are over 3,000 feet above sea level. This particular Ben More, one of three with the same name, by the way, has that special feel because its climb kicks off at absolute zero on the shores of Loch na Keal beach and and rears right out of the water, it seems, to slowly reveal nothing but sea and hills as you scrabble upwards and look west.

So, if I do stop doing these hills, this was a good one to pick. When cloud broke, it was water, ridges and sky. And, of course, dire memories of the churn up and up and up that were quickly forgotten.

Back to Planet Blighty, I return to a volley of messages from my new best friend Andy. In inscrutable English, old Andy frantically emails me that “…now you can get with my huge bonus package that no one will beats…” It’s got something to do with making a theoretical killing in the exciting universe of bitcoins and Our Andy is so determined to help me that he has emailed me four times in one day. What a guy! What an offer! What a world down there below Ben More.