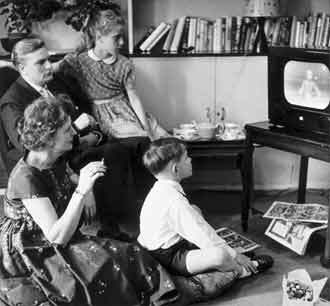 In the week that Russia was too busy doping its athletes to respond intelligently to hacking the US elections, and in the week that Dylan was too grumpy to collect his own Nobel Prize, I give you a bit of solace. Yes, it’s the films to grab on that oversized interactive flatscreen in the corner of your living room.

Let’s kick off the rundown:

A cheeky bit of nonsense on Monday with Hail Caesar (Sky Cinema Premiere, 7.55am). It’s the Coen Brothers screwball take on the glory days of Hollywood. George Clooney, one of the screen’s better comedians, is fading star Baird Whitlock, kidnapped by clumsy bad guys, while Josh Brolin is the brooding studio hardman who has to free him. Clooney plays it half-Cary Grant half-Bob Hope as he lodges in his thoroughly comfy seaside gangster home, decked out in the Roman soldier outfit he was kidnapped in while making another 1950’s sword and sandals epic. Tilda Swinton plays twin sister gossip columnists to add spice. It’s all a hoot.

Tuesda sees another icon flashed on the flatscreen: Paul Newman. He’s part of the Butch Cassidy and the Sundance Kid duo (Film4, 13.10). We all know the story, but the script still crackles (The Kid shaking with fear as Butch tells him to jump down a ravine into a roaring river: “I can’t swim”. Butch: “Why you scared? The fall’s gonna kill you”).

Wednesday disgorges a quandary. The Eagle (Film4, 18.45) is an all-macho adventure as a Roman centurion (Channing Tatum) heads north of Hadrian’s Wall to recover his legion’s lost eagle standard. What’s weird is the script has the audience behind the gloomy soldier and his quest. The Picts hiding in the forests are the baddies. Shouldn’t it be the other way round: plucky guerrilla warfare against the Roman killing machine?

Thursday and it’s the continuing tribute to 100 year-old Kirk Douglas (above) with The War Wagon (Movie4, 11.05). Kirk doubles up with John Wayne as both actors entered the twilight era of their careers. Both are icons for different reasons; they came from different places politically but carried out their macho duties with aplomb. They didn’t much like each other but made some tough films.

Friday kicks off with Rock Around the Clock (BBC2, 13.00). Funny to see chubby Bill Haley as a symbol of change; he resembles a friendly teddy bear or an avuncular chemistry teacher.  But the eponymous bell ringer of a song still can tap a toe or two.

Finally, I won’t even begin to comment (which means I will comment) on the backwash of forgettable Christmas movie  drek dotting the schedules. Channel Five seems especially hypnotised by them: The Christmas Gift, I’m Not Ready for Christmas, A Christmas Carol…(and that’s just Friday morning). I counted 867 Yuletide movies in the week’s listings.