Sir Howard Elston, inside the Trump citadel, with an exclusive that’ll shock all lime-eating Brits.

I am sitting inside Lord Donald’s orangery high above Manhattan’s Park Avenue as I write this story for all readers and fans.

Prez-elect Trump has told me that once he grabs control of Blighty, the first to get the sack is our monarch, the diminutive but redoubtable Elizabeth II. 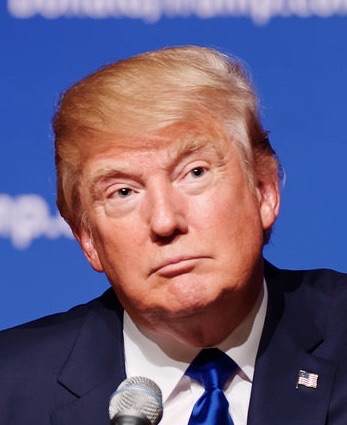 He confided as he ate off the hands of a gold plated footman: “She’s so outta here. I got a special relationship with your place but she’s English toast the day after my inau..my inorgin….my inaug….my swearing in in January.

“I’m chucking her out along with her son Loppy Ears and that old fruit bat hubby of hers who is a secret Moslem. I can so tell about that guy.”

He continued, “I will make England and those other bits of your country great again. I will put the Great back into the United Kingdom.”

Trump will make his first state visit in February to meet the Prime Minister and oversee job interviews for wall builders, masons, border guards and barbed wire salesmen. It is then that he will  hand the blessed queen her marching papers.

Instead, inside sources says he will hand the crown to his wife and make his ten year old son a noble. He will become Baron Barron. “It has a ring-a-ding-ding about it,” Trump chimed as he saw me out of his palace inner sanctum and kicked me onto the pavement.

“I got the idea from Nigel Fartage who offered his services as my international advisor.” he opined. “I like him. He’ll become our court jester once the insignia for the Trump Throne is sorted out.”

Latest selections for the new Prez’s inner circle. Here’s what the bossman thinks:

Steve Bannon: “Once things settle down and my Marines are removed from the streets of London, Banno will become chief executioner. But first that dood gotta have a haircut.”

Newt Gingrich: “What kind of name is that? He’s so Moslem or Chinese or Mexican or something.”

Rudy Giuliani: “You mean the one that looks like a vampire?”