As soon as Scotland gains independence, Steve Beauchampe’s emigrating there. 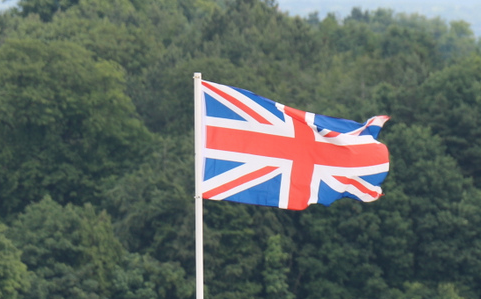 Ever since devolution and the establishment of a Scottish Parliament in the late 1990s, there has been a growing vibrancy to politics in Scotland. Energised by the 2014 independence referendum, boosted further by the election of the estimable Nicola Sturgeon as SNP Leader and First Minister, Scotland appears as a young, optimistic, politically engaged country, one confident enough to give 16 and 17-year olds the vote, confident enough to elect Ruth Davidson, a young state educated lesbian not born into wealth or privilege, as leader of the Scottish Conservatives. Scotland’s emphatic yes to EU membership in this week’s UK-wide referendum was thus one of the easiest pre-poll calls to make. The defiant response of Sturgeon and many of her compatriots to the Leave vote indicates that this is a nation determined not to be restrained by those whom it increasingly views as being not just from another country, but from another century.

In England fear and sometimes loathing, insecurity, mistrust and bewilderment determined the destination of so many votes. England’s future today feels one of isolationism and insularity, an inward looking nation bellowing: ‘No one likes, us we don’t care’. We don’t seem to like anyone ourselves very much either; a dislike of immigrants, mostly absent as a factor in Scotland, was all over the result in England where media vox pops indicated that even some immigrants don’t appear to like immigrants! The future looks like a nation shaped in the image of UKIP’s ever angry and indignant leader Nigel Farage, its citizens displaying the Cross of St. George, relentlessly lauding its armed forces and hoping that the Morris Minor will go back into production.

Following the EU referendum Britain is a nation starkly divided not only geographically but generationally. Scotland aside, few places voted for Remain other than London, Northern Ireland (where suggestions of a reunited Ireland have already been tentatively raised) and the Metropolitan north west. Almost everywhere else sided with Leave – ‘one nation’, that oft-used political phrase so beloved of the Conservatives, never sounded more hollow. Furthermore, around two-thirds of under-25s voted Remain, the opposite of how middle aged and older people acted. The feeling that those generations which had enjoyed free education, a free health service, an abundance of affordable housing and triple lock protected pensioner benefits were limiting the life chances of the nation’s children and young adults was palpable. ‘Grandma, what have you done?’’ read one on-line headline.

Two decades and more of unforgiving, neo-liberal economics and globalisation, the export of jobs and the import of cheap labour and even cheaper raw materials; nearly a decade of austerity and the decimation of public services and the societal values which they underpinned; local pride sapped by a London-centric economy, an unprecedented and growing wealth gap and a moribund political system where the First Past The Post electoral process locks in a two-party hegemony whilst awarding UKIP and the Green Party, who collectively amassed around five million votes at the 2015 General Election, a mere two parliamentary seats. This impact of all this and more reached a crescendo in an outpouring of anger and frustration, although given the myriad warnings of the economic consequences of a Leave vote the response of electors seems as illogical as rioters attacking their own community.

Because leaving the EU addresses none of the above grievances and if there is any taking back of control, to quote the slogan used relentlessly by the Leave campaign, then it will be done by those such as super wealthy, Eton and Oxford educated Boris Johnson, Michael Gove and Iain Duncan-Smith, supported by a coterie of hard-right Europhobes rather than by the 17 million others who voted Leave. The political elites voters so often complain of are not about to be replaced, our political infrastructure alone makes this a near-impossibility.
Indeed, Labour’s Blairite wing, despite public rejection of their strong pro-EU stance, are attempting to replace their elite-free leader Jeremy Corbyn – whose more conditional support for the EU and reformist agenda arguably chimed more closely with that of many Remain voters than he has been given credit for – with yet another business-friendly, corporately connected, ‘Britain is open for business’ espousing candidate.

And whilst it would be pleasing to see increased calls for greater transparency and democratic accountability resulting from the UK’s EU referendum, the debate itself could have achieved this. Regrettably however, the more tangible outcome of our Leave vote is the empowerment of UKIP’s (often more extreme) nationalistic and sometimes fascistic counterparts in mainland Europe, most notably Marine Le Pen’s Front Nationale in France but also the Freedom Party in Austria, Law and Justice (Poland), Golden Dawn (Greece) and Germany’s Alternative for Deutschland, have received succour in their never pleasant, sometimes odious, desires to break up an increasingly multi-cultural EU and wallow in their insularities. Their rise means additional fear and hardship for immigrant communities.

The law of unintended consequences writ very large – sometimes people really should be more careful what they wish for.