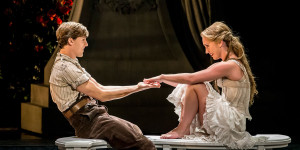 Sir Matthew Bourne, one of Britain’s most successful choreographers, brings his own version of Sleeping  Beauty to Birmingham next week.

His haunting new dance scenario is a gothic tale for all ages; the traditional story of good v evil and rebirth is turned upside down, creating a supernatural love story that transforms the age-old fairy tale we all know from childhood. 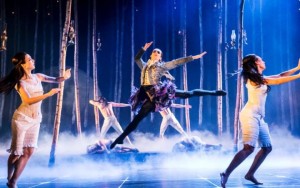 This production, which is at the the Hippodrome from 9th-13th February, has smashed box office records across the UK since its first performance back in 2012.

Sir Matthew’s ballet adds to his other pair of Tchaikovsky offerings he has delivered in the past so successfully: The Nutcracker and also Swan Lake.

For this production, which has had a successful London outing, he has moved the storyline into the 20th century; it travels from the late Victorian era to modern times as he re-tells and revamps the tale of revenge and re-birth.

Before the 11th February ballet, there will be a one-off performance by city dancers and choreographers who will showcase their skills.