Prime Minister triumphant as opponent of “ALL THAT WE HOLD DEAR IN BRITAIN” is neutralised. 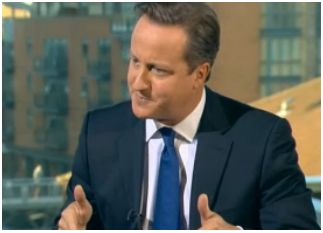 Labour leader Jeremy Corbyn is believed to have been killed in a drone strike carried out by the United States military in Camden, North London. Prime Minister David Cameron hailed the attack stating that Corbyn was legitimately targeted in an act of self-defence as he posed an; “ongoing and serious danger not only in the UK but throughout the world.”

Speaking from a hastily erected lectern positioned outside Number Ten the Prime Minister added: “It is clear that Jeremy Corbyn was a threat to Britain and killing him was the right thing to do. We could not let that man inflict his security-threatening, terrorist-sympathising, Britain-hating ideology on the country we love.”

Corbyn was riding his bicycle when yesterday’s missile strike occurred and was understood to have been cycling in a south-easterly direction towards his house at the time. Although only a few hundred yards from home, the security services believe that Corbyn’s real destination was either Syria or Iraq, a calculation that prompted their urgent intervention.

Using intelligence provided by Labour Peer Lord Mandelson and MP Simon Danczuk officers from MI5, MI6 and the armed forces had been working around the clock with their US counterparts for months in an effort to snare the elusive Corbyn. GCHQ believed that they had got him at last week’s Remberance Sunday service at the Cenotaph in Whitehall but Corbyn eluded them by failing to bow low enough, thus just avoiding an undercover agent’s bullet. Later, poisoned food prepared specially for him remained untouched as Corbyn stayed near the Cenotaph conversing with veterans rather than stuffing his face at taxpayers expense as Cameron did.

An attempt in September to eliminate Corbyn also went awry when he failed to sing the national anthem at a service in St. Paul’s Cathedral, resulting in a bullet aimed at the inside of his mouth rebounding off his lips.

It is understood that in addition to the drone strike on Corbyn, a wholefood shop, immigrant advice centre and real ale night for local allotment holders were also targeted lest Corbyn be hiding inside.

The Prime Minister did however sound a note of caution: “We still await confirmation that the strike was successful but it is a signal to any leftie who threatens the security of Britain and hard working British families that we will do whatever is necessary, whatever it takes, to track them down and bring them to summary justice.”

Pressed on why Corbyn was not arrested and brought to trial instead of being assassinated the Prime Minister stated: “As Conservatives we are committed to eradicating the fiscal deficit caused by the previous Labour government’s overspending. At a time when we are being forced to make massive cuts to the Justice Department budget the cost of a trial would simply not have been feasible.

“Had we gone down that route then we would have had to cut back on money for such things as cancer treatment in the NHS, free school meals for children or pensioner benefits and that is something that we are not prepared to do.”