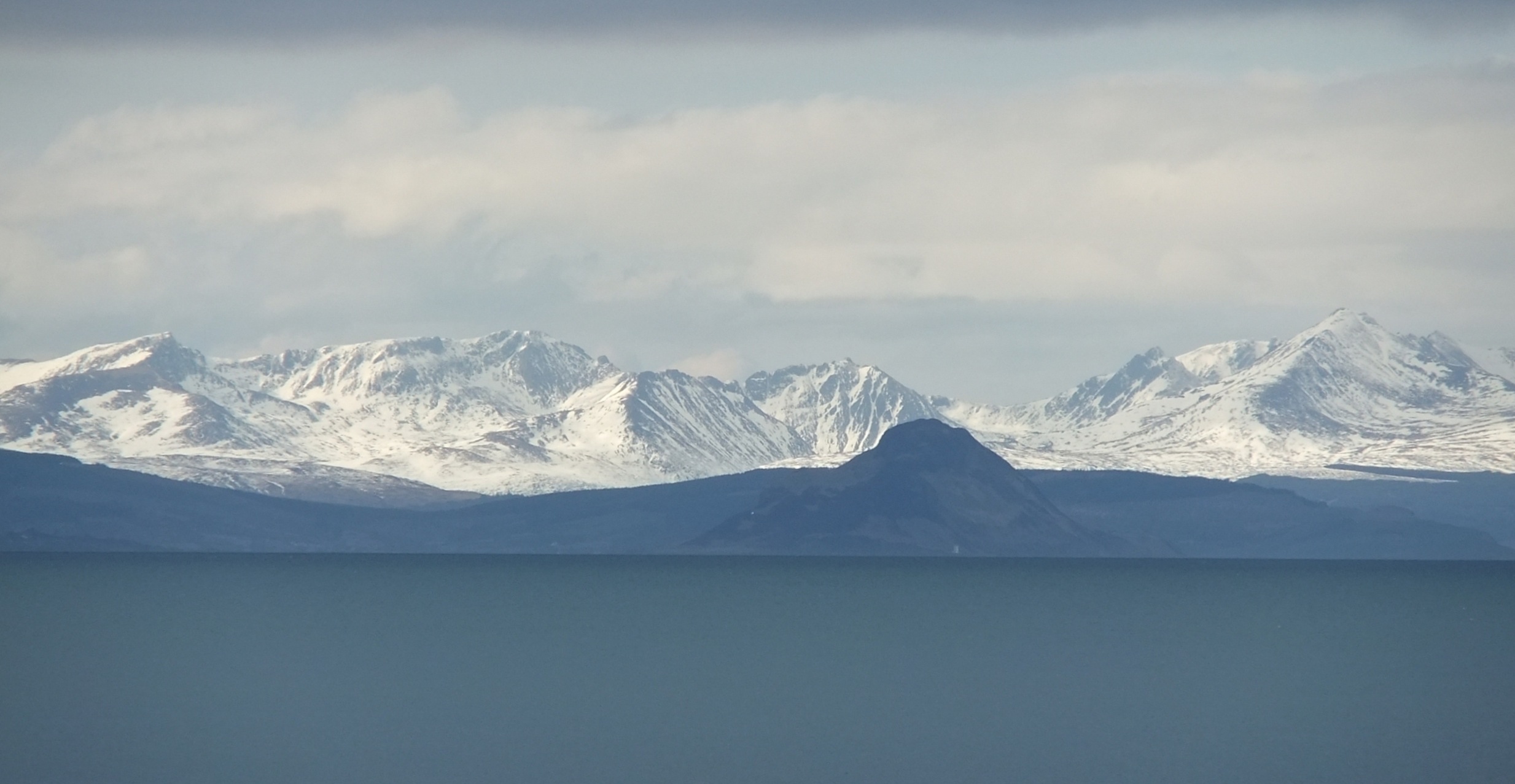 Here is a tale from the Scottish mountains. Not one really wreathed in glory but cluttered with the shards of human mistakes. The hills are littered with mistakes and bad decisions.

I was up in the Torridon range which is in north-west Scotland. We picked our way through mist towards the top of Sgorr Ruadh, a remote peak southwest of Upper Torridon Loch.

We followed Bruin, a spaniel, who gleefully leaped and ran his way up the shoulder of this craggy 1,000 metre mountain. And that was our problem.

You should never follow a pooch. It is going only where….well…dogs will go. They don’t have a map or a plan. Dogs don’t have plans. They have noses which follow scents of strange little animals.

Anyway, we followed Bruin. Finally we reached the peak of Sgurr Ruadh. We peered over the top to serried ridges to the North as the clouds cleared: to Beinn Eighe with its remains of a plane that crashed into its flank 60 years ago; to the wall of stone that guards Liathach; and, to the west the blue-tinged Hebridean islands floating in the waters of The Minch.

We all applauded Sgurr Ruadh and ourselves for getting up with little visibility. We applauded what was around us.

It was a magnificent view from this mountain. Then a solitary figure slowly made his way toward us up from the North east. He too picked his way through the scree and then joined us at the top. He pointed to the nearest mountain: “Sgurr Ruadh..now, that’s some mountain…”

We had ascended the wrong hill, trudged up the mass of stone and scree. We weren’t on Sgurr Ruadh. We were looking at it.

Of course, it was Bruin’s fault. Always blame things on a dog. It can’t argue back. We had gone up Maol Chean Deorg.

Ahh well, file it away under screw-ups I have known and loved. Along with lesser screw-ups like the mountain I have three times tried to climb but have been turned back by vicious weather; the glen near Ben Lomond where I fell in a river (it was wet) and the time I climbed Ben Vorlich to meet a friend to find there was another mountain with the same name that he had ascended. 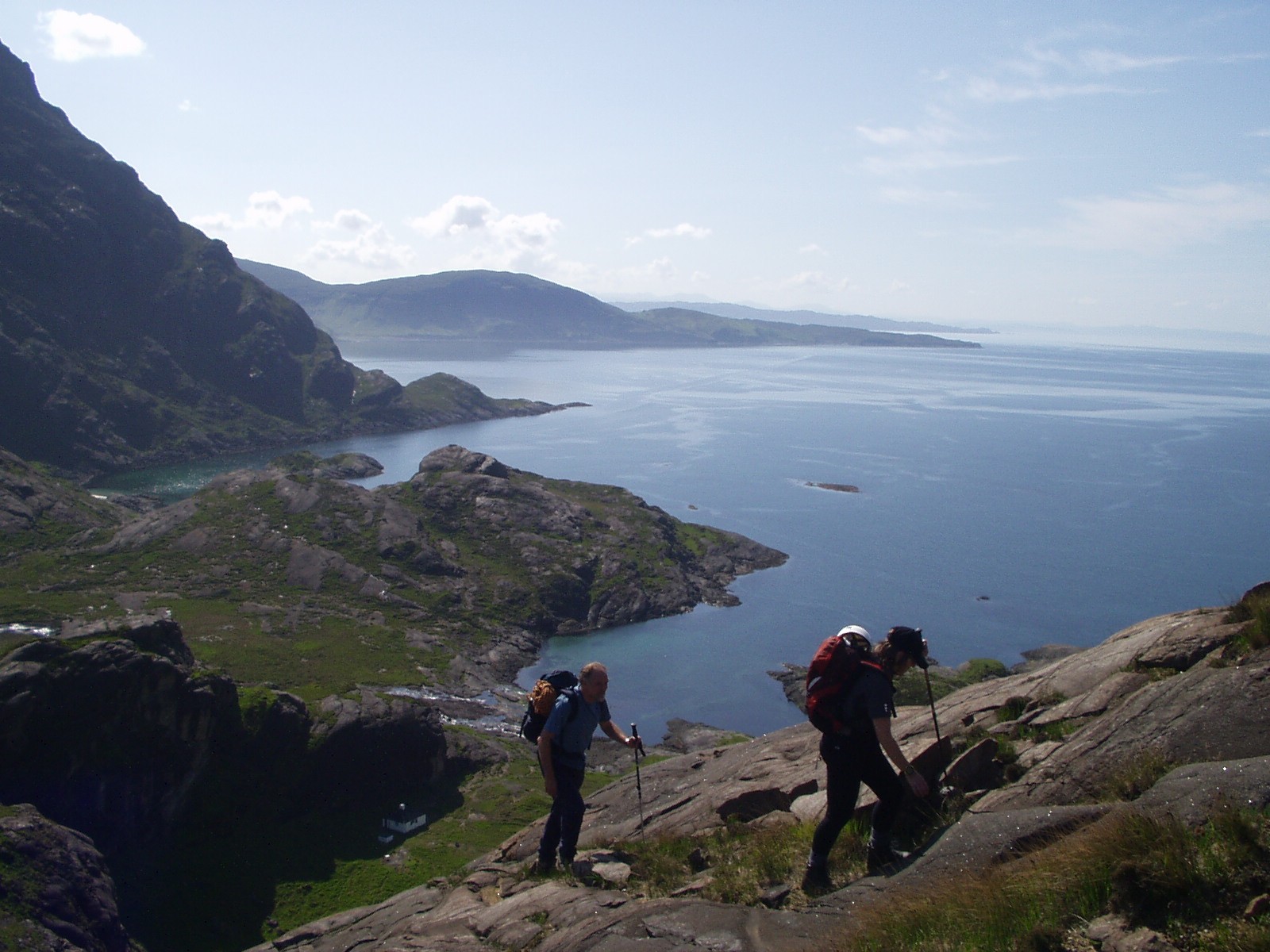 In a way, these mistakes are as memorable (in hindsight, actually) than the really successful things my friends and I have achieved. It is the getting there that counts at the end and the world around you as you head for a hill: the raven that chased an eagle in Flowerdale Forest; the stag that bellowed like a foghorn on Knoydart as it saw us coming, the helicopter trip down a mountain in Skye when a guy broke something after falling from a crag.

Scottish mountains are the last wilderness in Britain. They are big and unbending and overwhelm you as you enter its terrain with caution and with big thrills in mind. You never forget them.

But how safe are they to our incursions? The environmentalists in Scotland are assertive, articulate and aware of development that can destroy this last preserve of the West Highlands, The Cairgorms, the forgotten Southern Uplands and The Trossachs.

The Mountaineering Council of Scotland has now kicked off a campaign to re-assess all industrial development in the wild lands. The group points out that in the 11 years up to 2013 the proportion of Scotland from which built development could not be seen dropped by two fifths – an immense change.

It’s now launched a petition (see below) to try to stop unwanted encroachment.

If you want to find out more, go to the Mountaineering Council of Scotland website and put your name to the campaign: http://www.mcofs.org.uk/