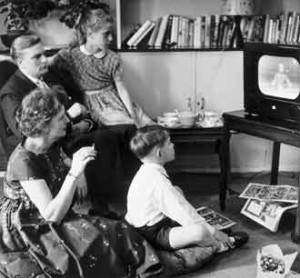 You know Nick, the guy with the face like a hound dog with big eyebrows in great movies like Raising Arizona, Honeymoon in Las Vegas and Wild At Heart.

Hell, maybe you don’t. But you do know his stage tag: good old Nick Cage, loveable lad who changed his name because he didn’t want an easy ride being Francis Ford Coppola’s nephew.

So Nick Coppola/Cage made it on his own and, granted, after some great tours of duty did have a bit of a fallow period doing dopey horror, schlock, scifi muscleman films. But he always gave his quirky odd man out feel to his roles. And they don’t come much better than Red Rock West (Tues, 08.00AM, Sky Movies Crime HD)

Never heard of it? I’m not surprised. It was a straight to video affair because the producers just couldn’t understand how modern cowboy neo-noir would play in Brooklyn, Birmingham or Brisbane. It disappeared, this great low down and dirty black comedy until a San Francisco movie house owner saw it and ran it for a million straight nights to sell out crowds. Hey, go figure, eh?

Anyway, it is solid el classico. Coppola/Cage is a drifter looking for work in Red Rock West, just near Hicksville, just past The Twilight Zone in the southwest. He is mistaken for a hit man and has to run the gamut of bad guys and bad girls that includes (of course) whacko Dennis Hopper who had just finished ultimo creepo film Blue Velvet.

The director was John Dahl who had quite a track record for beautifully crafted noirish films: The Last Seduction, Kill Me Again and Rounders come to mind. Latterly he’s done TV stints on Homeland, Shameless (US), and Breaking Bad so he has a a solid career.

But watch this movie for Coppola/Cage. I think it’s his best, a down and out who can’t figure out how to untangle the tangle he’s in.

And, of course, Dennis Hopper is, as always, there to make things worse. And since it’s on at eight in the morning (see above) why don’t you take it in while eating your Crunchie Nut Breakfast Cereal watered down with a pint of Bullitt Bourbon? That’s a good way to start the day. I guarantee it.