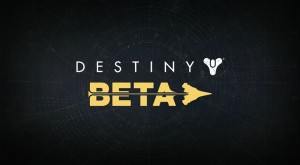 The last two weeks have been quite the sci-fi adventure for gamers – Destiny, the upcoming new game from acclaimed developer Bungie, held a 10-day Beta testing period, which players could log into and get a taste of the final game before its full release.

One of the biggest and most highly anticipated games of the year, Destiny looks set to make a big splash when it launches on September 9th.

Developed by Bungie, the creators of Halo: Combat Evolved – a 2001 game which single-handedly reinvented the first person shooter genre for home consoles – Destiny looks to be an even bigger and more impressive undertaking than anything the studio has accomplished before.

The game’s being published by Activision, who are purportedly planning to spend $500 million on the promotion and development of the title, potentially making it the most expensive video game ever created. 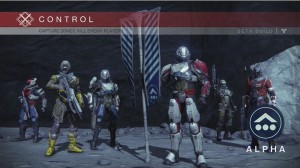 Set in a science-fiction world 700 years into the future, the game’s plot places players into the shoes of Guardians, a group of heroes who have to fight off an enemy imaginatively known as ‘The Darkness’, and do battle with a variety of alien hordes to save humanity from being wiped out. No pressure then.

A Beta is a period of game testing, generally close to the game’s final launch date where developers typically get in mass numbers of players to stress test a game’s online matchmaking systems and see what exactly needs to be fixed. In fact, developers actually encourage players to try and break the game in a way, as the idea is to iron out as many faults as possible before release.

The Beta opened first for PlayStation owners on the 17th of July, and then later extended to the Xbox One and Xbox 360 six days later on the 23rd.

During this limited period, players could log in and create their characters, before embarking on a selection of story missions, competitive battles, or simply exploring one of the game’s early environments – a rusty post-apocalyptic playground known as Old Russia – to their heart’s content.
From my own experience of the Beta, the game feels satisfying and solid in gameplay terms; perhaps not the most original game I’ve played in terms of its mechanics and play style, but nonetheless very enjoyable.

Players can quickly drop in, find their friends in the world, and start shooting away with each other. The co-operative story missions feel more engaging and exciting than the competitive PVP (Player Versus Player) modes, but, as you would expect from the makers of Halo, the multiplayer action is robust and solid nonetheless.

However, what’s really captured my imagination so far has been the small yet very exciting touches Bungie has implemented alongside the usual shooter mechanics. The MMO style social features are, to me, where the game really shines, and where Destiny’s grand scope can be strongly felt. As mainly a console player, these features feel fresh and exciting, and they really invigorate the bonds you have to friends and strangers alike.

Players can gesture, point, sit, and most importantly, breakdance with one another at the press of a button. Voice communication is still present of course, but having a quick instant gesture system is a small but fantastic touch when in the heat of battle, or exploring the wide open areas. 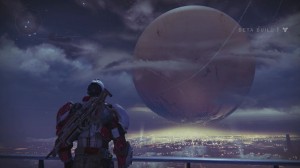 It may sound daft, but some of the finest moments that I experienced in the Beta were moments of pure dancing glee; after battling through a difficult level and vanquishing the end of level boss, players would typically congregate and do an impromptu dance with each other while the next level loads.

It’s unknown if progress from the Beta will carry across into the final game, although this seems unlikely. However, Bungie did hold a special event on the 26th, whereby players who logged in and completed a limited time Lunar-based mission will receive a special emblem that will definitely carry across to the final game when it launches on September 9th.

Overall, Destiny is shaping up to be a game of fast shooter gameplay, and even faster footwork.

One thought on “Spaceships, Guns and Breakdancing”