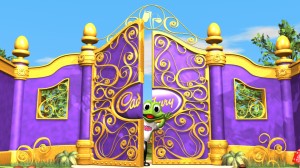 With the UK holiday season underway, Visit Birmingham has this month launched its 2014 summer campaign to celebrate the changing face of the city and its diverse blend of independent retailers, award-winning food and feast of festivals.

Following on from the success of its #BsideBrum music project to create a virtual music soundtrack for the region’s rich and diverse music scene, the city’s official leisure tourism programme Visit Birmingham has unveiled This Is Birmingham. The campaign highlights the myriad of ideas on offer for a summer break in the region, from the likes of visitor attraction Cadbury World, popular theatre Birmingham Hippodrome and nitenite cityhotels.

At the heart of the campaign is a 30-second film, which features a young woman walking through a number of distinctive Birmingham landmarks – from the canals to the Custard Factory, the Symphony Hall to Selfridges and the markets to The Mailbox. The This is Birmingham film has already been viewed more than one million times in July on television and online platforms.

Since the end of 2013, Birmingham has twice been named by online travel brand Expedia as the fastest growing visitor destination in the country. The city also attracted more international visits last year than ever before (941,000) – a 32% increase – according to figures from the Office for National Statistics (ONS).

Emma Gray, Director of Marketing Services at Visit Birmingham, said: “Record numbers of visitors – both across the UK and internationally – are choosing Birmingham as a place to explore thanks to the city’s enticing offer of attractions, great food, shopping and broad range of accommodation options to suit every pocket. This summer, we are encouraging people of all ages to make time to stay in the region. From mesmerising music at the Moseley Folk Festival to world-class theatre performances and some of the UK’s best summer sporting spectacles, there’s plenty to keep visitors to the city entertained.”

Visit Birmingham’s new integrated marketing campaign aims to build on the city’s growing profile as a short break destination with a range of national advertising; door drops; and digital and social media activity, including a Twitter competition to ‘win a city break for two’ in Birmingham.

This summer, Birmingham offers a wealth of suggestions for a weekend break, including CadburyWorld, Birmingham Hippodrome and the nitenite city hotel. There are also a host of festivals including Summer in Southside, the NatWest T20 Blast finals day, the Moseley Folk Festival and the Birmingham Independent Food Fair.

Visit Birmingham has once again joined forces with travel partner London Midland, which operates a frequent service to Birmingham from the West Midlands and beyond. Penny Allen, Senior Marketing Manager at London Midland, said: “With Birmingham just getting better and better, it’s great that it’s so well connected too. London Midland runs frequent direct trains right into the heart of the city; customers can hop off the train just a stone’s throw away from some of the best shopping, great museums and galleries and a plethora of wonderful attractions.”