The 30th Birmingham Jazz & Blues Festival starts today. Here are some of the early highlights. 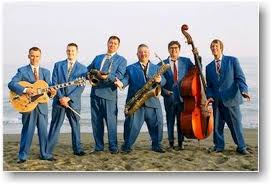 Festivals come and go but the Birmingham International Jazz & Blues Festival which starts today will surely last forever. Now in its 30th year the festival may not attract the big names of its heyday but it still continues to represent its founder and still organiser Jim Simpson’s belief that jazz should be accessible to all.

With some 175 events at 80 venues in and around Birmingham, there’s no excuse not to listen to live music over the next ten days. The festival kicks off in Victoria Square at 11am with reggae and blues band the Broombusters. They’re followed at 1pm by one of the mainstays of the festival over the years, trumpeter Bruce Adams, whose quartet will be performing at the Barber Institute of Fine Arts. There’s more music in Victoria Square at 3 pm with local blues band C-Jam and 6pm with the ska of Rudie & the Revolvers. Then 7pm sees award-winning local singer Val Wiseman, another festival veteran, at Cafe Rouge in the Mailbox.

One of the great festival traditions is the appearance of extrovert jazz bands from overseas. First up this ytear are the Jazzband Velke Losiny from the Czech Republic, who kick off Saturday’s proceedings in Victoria Square at 11am, then play the Arcadian at 6pm. They’re followed at 1.30 by the New Orleans Jump Band from Spain, who play Brindleyplace, before moving over to Victoria Square for a 6pm kick-off and finishing the day at 8.30 in Berkeley’s Lounge on Broad Street. Also at Victoria Square, 3pm sees the arrival of the University of Southern Florida Jazztet, who then perform at 8.30 in the Hampton by Hilton on Broad Street. The highlight of Saturday, though, will be a performance of the long-running Lady Sings the Blues at Star City, beginning at 8pm and starring Val Wiseman with a backing band that includes veteran sidemen Brian Dee, Len Skeat and Bruce Adams.

Sunday sees the New Orleans Jump Band at the Mailbox at 12.30 and then the Brasshouse at 3pm. 2pm has John Hemming staking a claim to be the most musical MP in the House when he leads his Sisters of Jazz at the Botanical Gardens (£7). Then afternoon and evening see some of the city’s best-loved musicians performing. The Steve Ajao Quartet are at O’Neill’s on Broad Street at 5 pm, Ricky Cool & the In Crowd play the Kings Head, Bearwood at 6, Trevor Burton is at the Junction, Harbone at 7 while at the same time King Pleasure & the Biscuit Boys play Star City.

That’s just for starters; there’s plenty more to come before the festival ends on Jukly 27th. For more details call the festival hotline on 0121 454 7000 or visit www.bigbearmusic.com