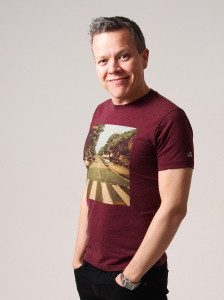 Each night will present a hilarious triple bill compered by loveable housewife Mrs Barbara Nice. In Wolverhampton, Rob Deering, the UK’s foremost guitar-wielding, loop-layering stand-up comedian, is heading up a hilarious line up including the very talented Susan Murray and the brilliant Matt Hollins. Tickets are £8/£7(conc) with the show starting at 8pm.

Laughing for A Change aims to bring people who don’t have mental health problems into social contact with those who do. Evidence suggests that this kind of contact is one of the most effective ways of breaking down stigma and discrimination. Comedy can create a positive atmosphere that lends itself to having conversations about mental health in a non-intrusive way. At the Laughing for a Change events, conversations between audience members and Time to Change volunteers take place with the aim of reducing stigma.

Laughing for a Change is funded by Time to Change, which is England’s mental health anti-stigma programme run by the charities Mind and Rethink Mental Illness and funded by the Department of Health and Comic Relief.  The programme is distributing grants to local community-led projects as part of its drive to improve public attitudes and behaviour in relation to mental health.

For information about Time to Change initiatives please visit www.time-to-change.org.uk/gr