A number of injuries have been reported in one of the Midlands’ biggest-ever peacetime blazes. 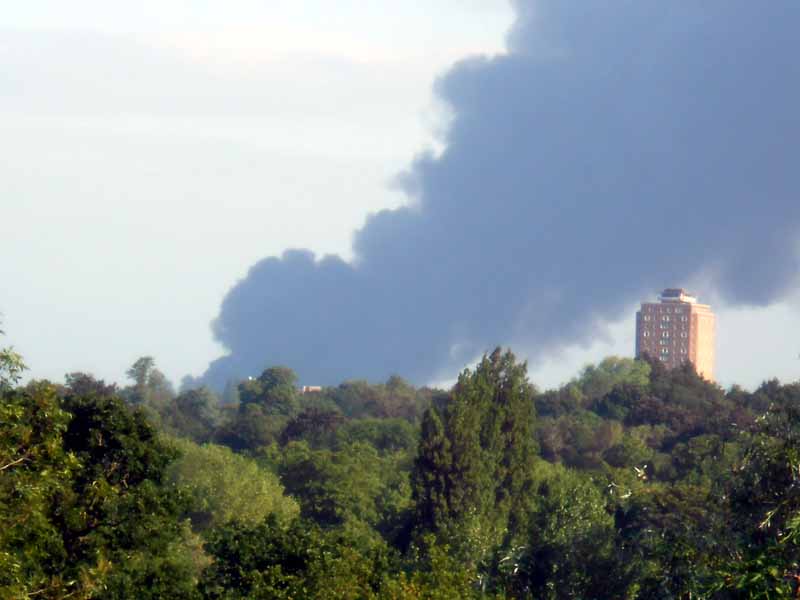 West Midlands Ambulance Service is continuing to provide support to colleagues from West Midlands Fire Service at the scene of a massive blaze in Smethwick. The fire, at the Jayplas recycling plant in Dartmouth Road, is believed to have been started by a home-made Chinese lantern.

A total of eleven firefighters have now been treated by ambulance service staff for a variety of minor injuries, though three were taken to hospital overnight.  Injuries include heat exhaustion, injuries to eyes and an ankle as well as one minor burn. The Ambulance Trust’s Hazardous Area Response Team remains on scene with two ambulance officers to provide support.

Local residents continue to be asked to keep doors and windows shut as a precaution, but while fire chiefs are saying that there is not thought to be any extra risk to health from the fire, anyone who believes themselves to be suffering from the effects of smoke inhalation is asked to call NHS Direct on 0845 4647. Motorists are being asked to avoid junction 1 of the M5 while Dartmouth Road, Halford Lane and Brasshouse Lane remain closed.