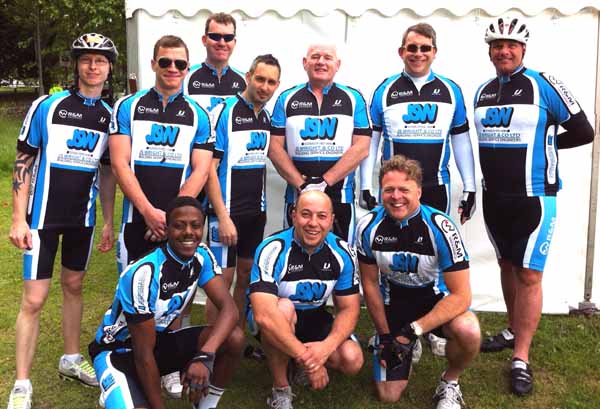 A team of ten cyclists from the company’s Aston and London offices won the mental and physical battle to complete this year’s London to Brighton Bike Ride and even beat their fund-raising target of £1,000.

Phil Leech, based in Birmingham, said: “This was a fantastic effort by a team that included a number of cycling novices, every one of whom was determined to raise as much money as possible for such a vital cause. Our thanks go to all the clients, suppliers and fellow staff and their families that sponsored us.”