A brave beauty queen who battled back from the brink of death has now set her sights on capturing the Miss England title. 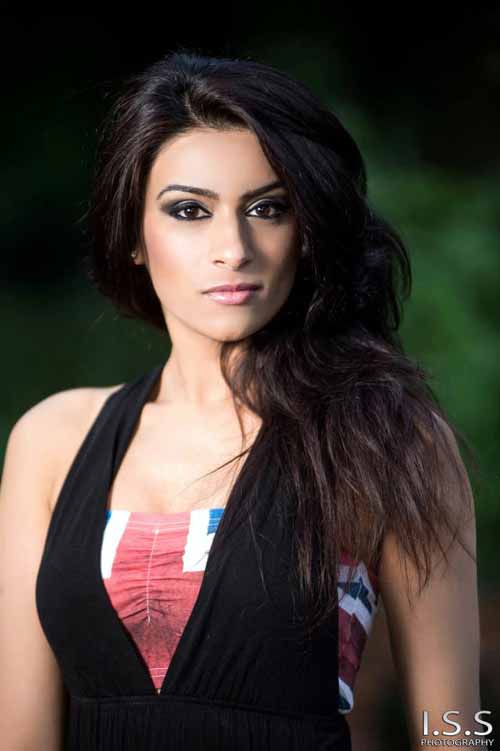 West Bromwich martial arts enthusiast Nikki Sahota was forced to pull out of the competition last year after being struck down by a potentially fatal kidney failure just days before the finals began.

Weeks earlier she had celebrated being crowned Miss Black Country, despite having just been released from hospital on the day of the contest, when her health problems first started to develop.

Celebrations were short-lived as her condition deteriorated over the weeks that followed, with kidney infections and septicaemia leading to acute renal failure, leaving her fighting for her life instead of pursuing her dream of competing in the prestigious Miss England final.

But the 24-year-old staged a remarkable recovery, regaining full health and finding a new passion as a mixed martial arts (MMA) fighter, as well as adding the Miss Asian Model crown to her Miss Black Country title in January.

Battling back and confounding expectations is nothing new for the ambitious 24-year-old clinical psychology graduate, who has wowed her coaches since taking up MMA last August and gaining sponsorship from some of the sport’s leading international brands. She has also set her sights on boxing for Team GB in the 2016 Olympic Games, as well as pursuing her career as a clinical psychologist.

And after being scouted to appear in blockbuster Fast & Furious 6, she even took Hollywood superstar Vin Diesel by surprise, impressing him with her martial arts skills after he initially laughed at the idea of the 5ft 7ins beauty, dressed in high heels and a minidress in the film, being a prize fighter.

The impressive achievements don’t end there for the Wolverhampton-born athlete, who spent two years training as a Territorial Army officer while studying at Staffordshire University. She has also campaigned against domestic abuse, working to support a women’s refuge in Wolverhampton, having previously been subjected to domestic violence herself.

Now she hopes to inspire other women as a strong role model by capturing the crown of Miss England and showing off her battling qualities at the same time.

“It’s exactly a year ago when I started to get ill, but it feels like another life,” said Nikki. “I feel like I was in a glass snow-globe being shaken around, but I can see things clearly now, it feels like those things were happening to a different person.

“It’s mentally challenging when you get ill, you don’t look or feel great, you can’t do things and it is really tough.”

Nikki said taking up mixed martial arts after regaining her health had really helped her push herself and inspired her to show her strength of character.

“Since I was really little, I’ve always been a tomboy, I did boxing on and off at school and then last August, after I recovered from illness, it was like when I went into the Territorial Army, I wanted to just push myself and see how far I got with it.

“Now it’s like there’s two different personas, on one hand a girl with glamorous dresses and a crown and heels, but on the other hand, when I’m in my MMA gear I’m tough and empowered. It’s that transformation as soon as I put that gear on I feel so strong, this is me, the athlete.

“I don’t want to be seen as a victim, I don’t want any sympathy from anyone, I want people to see the strength that I’ve shown in fighting back.”

Nikki said she was used to taking people by surprise and admitted she is often laughed at by men when she first starts training at an unfamiliar gym – but they soon change their tune when they see her in action. She has been using “break the mould” as her motto and hashtag on Twitter and said winning Miss England would be the ultimate achievement for challenging people’s preconceptions.

“People really like to pass judgement, especially with pageants. There’s a stigma associated with them that the girls who enter are dim, unintelligent or fragile and I really want to show that this is not the case.

“I would really love to win. Last year I said I was doing it because I wanted to be a role model but this year I really believe I can be the new Miss England.

“I don’t think I’m the most beautiful girl or the most talented, but everything I do I put my heart and soul into it and everything I do I feel like I’m already a winner because I’ve picked myself up from anything I’ve been through and started again.

“I want to inspire others to go and follow their dreams, especially when other people tell you that you can’t do things. There’s a great healing power in vulnerability and when you’re real about who you are, it gives others the courage to do the same.”

Nikki Sahota will compete in the Miss England 2013 finals, taking place in Torquay on June 15 and 16. The search to find her successor as Miss Black Country is now underway, with entries being accepted at www.missblackcountry.co.uk. The Miss Black Country final takes place on December 5 at the Arena Theatre in Wolverhampton.