Music-lovers can look forward to a fantastic evening’s entertainment from multiple acts at Bloxwich’s top venue next month. 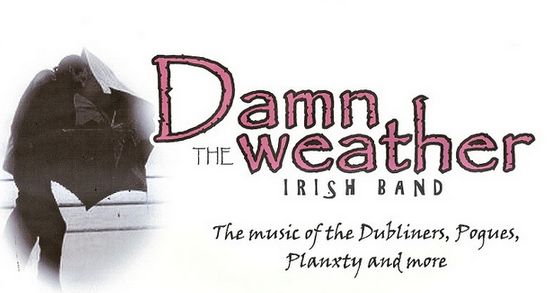 And what’s more, the proceeds of the ‘Songwriters Night’ show on 6th July at Bookmark Bloxwich Theatre in Elmore Row will go towards helping support young people’s autism charity ‘Kidzlikedanny’, which has raised more than £15000 since being founded over 15 years ago.

The event offers an amazing line-up for just £5 per ticket, and will be co-compered by accomplished Canadian Country Singer/Songwriter Chuck Micallef, who will be performing his own original songs alongside covers by artists such as Hank Williams, Gordon Lightfoot and John Prine in a gather round back porch picking style of performance appreciated by audiences up and down the country.

Joint compère for the evening is well known Folk Singer/Songwriter/Comedian/Raconteur Tony Barret. Tony’s cheeky stories interlaced with song parodies, well delivered covers and original compositions have helped make him a popular and well-respected performer on the UK’s music and festival circuit – and he has also recently starred as ‘The Tat Man’ in the acclaimed series of Bayard’s Colts street plays for Walsall.

The following performers will also be taking to the stage:

Dale Hanson, the Mod-influenced Birmingham singer-songwriter, originally formed half of acoustic duo ‘FreeMaySon’. Since going it alone in 2011 he’s been wooing audiences with his deeply meaningful songs hand crafted from situations that life thrusts his way. In the summer of 2012 Dale released his debut album ‘Out From The Shadows’ to great reviews and he hopes to record the follow-up in 2013 with some very special guests.

Damn The Weather, a recently-formed traditional Irish band who can draw on many years of musical experience, and are bound to be popular, with their passionate performances of Irish music old and new.

Matt Tyler has been showcasing his unique blend of folk/rock/pop around the UK and beyond for over a decade now. He will be playing songs from his solo albums ‘Dead Flowers By Midnight’, ‘Jonah’s Revenge’ and ‘No Lifeguard Required’ as well as premiering new material.  Described as “The aural lovechild of Tim Buckley in his folk phase and an early David Gray”, Matt is the brother of Daniel, the original inspiration for Kidzlikedanny. Joining him onstage at some point will be their other brother Jacob.

Tickets for the event can be reserved by calling 01922 655900 or visiting Bloxwich Library in Elmore Row.