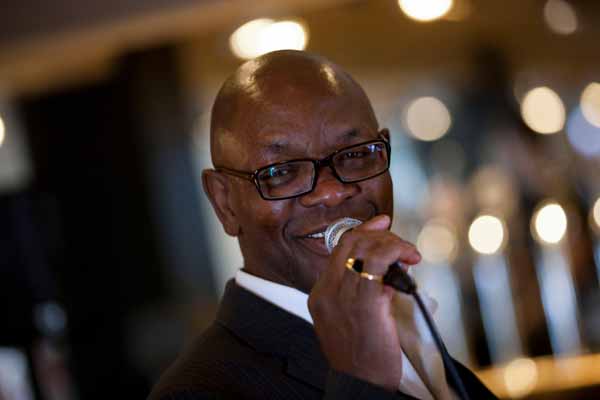 On Saturday 13 July, one of Birmingham’s finest new jazz singers, Roy Forbes, will be performing at The Public in West Bromwich alongside the Brian Dee Quartet.

A special free gig, the show forms part of the 29th Birmingham International Blues and Jazz Festival, featuring over 200 events in 80 venues across the region, over the course of ten days.

Roy Forbes is known to Birmingham festival audiences as a dynamic and exciting singer who has built a great reputation in the city over some years.  As well as appearing (and recording) at London’s Jazz Cafe and The Stables in Wavendon, Forbes has performed at festivals as distant as Milan and St. Lucia, plus high-profile events nearer home such as Brecon, Cork and Soho.

Roy began his jazz career with Andy Hamilton and now has appeared with such notables as Larry Coryell, David Murray, Al Casey, Harry ‘Sweets’ Edison, Jean Toussaint, Dudu Pukwana and many others.

Brian Dee is a pianist of astonishing versatility.  Much in demand as an accompanist, he is also a solo player of originality and technical complexity.