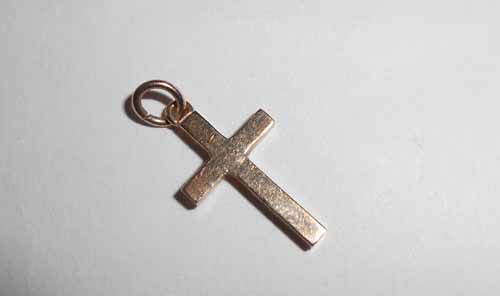 I knew this girl when I was at University. She was quite nice, apart from her rather disturbing habit of crying and screaming in anguish whenever she got drunk, which was fairly regularly.

I gradually found out about her family. Her father was a self-appointed missionary. He didn’t belong to any official church. He just decided he was going to ‘save’ a ‘tribe’ of ‘Indians’ who lived in a settlement around one of the most remote tributaries of the upper Amazon in Brazil. I’ve put ‘tribe’ and ‘Indians’ in quotation marks there, because of course they didn’t think of themselves as either; they just lived their lives and were probably quite happy to avoid the madness of the rest of the world.

But my friend’s father was convinced that they wanted him to visit their village and tell them all about Jesus. Mad as a braised snake he might have been, but he certainly had courage; three previous hopefuls had disappeared without trace. He was convinced he would succeed where they failed, and I suppose in a sense he did. At least he didn’t vanish like the others. And neither did his family, because, yes, he took them as well, his wife and all the kids. They gambolled around together naked in the river mud. I’ve seen the photographs. They got dysentery and malaria. When things got too much the kids were packed off to strange little ‘Bible schools’ in various locations in the English countryside.

Dad spent his whole life, his whole life, trying to translate the Bible into the river-people’s language, a language which was not itself a written code, but consisted of a few hundred hand-movements, phonemic intonations and basic gestures. All they would ever need for the life they had there.

During a rather long evening in the summer of 1969 I put to him the story of Bertrand Russell, who once asked one such missionary why he went round the world bothering people in this way. ‘To save them,’ the botherer replied. ‘I see,’ said Bertie, ‘but what would be the result if you left them alone and they remained in ignorance of Christianity? Would they be damned then?’ ‘Oh no, Professor Russell, they would have to find God and then reject him for that to happen.’ ‘So the only outcome of all you effort is that some people will be damned who would otherwise have been saved if you had stayed at home and done something useful?’ Neither I nor Russell got a coherent answer to this question.

This man’s children all had ruined, broken lives. They were drunks, addicts, emotional cripples. They married people who were, if anything, more damaged than them. They have handed on this damage through a fresh generation and now their children….well, there is no end to it. And for what was all this pain the price ? A few soggy pages which are, even now, probably sinking into some Brazilian swamp.