With less than two weeks to go Birmingham Pride organisers say the event is attracting the most diverse range of music it’s ever seen and proving a hit with ticket-buyers. 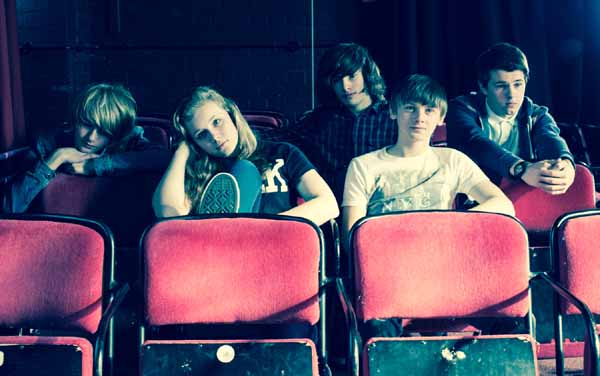 Local indie band Jump the Shark, will kick the show off on the Saturday

Good ticket sales are proving the mixed musical offer is going down well with people planning to celebrate the city’s annual event, which takes place on May 25 and 26.

Tens of thousands of people are expected to take part in Birmingham Pride 2013, which this year is attracting the likes of ’80s pop stars Bananarama and current acts including the hugely popular Paloma Faith and JLS.

And for the first time in the event’s history a live five-piece indie pop/rock band will launch the Nightingale main stage music line-up. Wolverhampton-based Jump the Shark will kick the day’s music off at 12.30pm with their unique indie rock sounds.

Simon Baker, festival co-ordinator, said: “We are very pleased with this year’s line up for Birmingham Pride because it is so diverse.

“We’ve everything from X-factor singers like Lucy Spraggan and 80s pop heroes Bananarama to Paloma Faith, JLS and A*M*E and then for the first time local indie band Jump the Shark, who will kick the show off on the Saturday. All that and more for the price £8 for a day ticket or £12 for a weekend ticket can’t be bad for Brum.”

Current ticket sales are going well and organisers say the reaction on social media to the line-up, and all the entertainment including a fabulous cabaret tent, bars, dance arenas and the family-friendly community area, has been very positive.

Lawrence Barton, Birmingham Pride festival director, added: “A lot of hard work is going into making this the best Birmingham Pride yet. We have a good main stage line-up, which we hope will appeal to a broad mix of festival-goers.

“So far the reaction in the build up to the event has been so positive on social media sites, we are now just counting down the days and hoping for great weather to make sure the festival is even more successful than last year.”

For more information about what’s on and to book tickets go to www.birminghampride.com