As Birmingham’s most valuable overseas market, the US was responsible for nearly a third (27%) of all foreign direct investments into Birmingham during 2012/13. 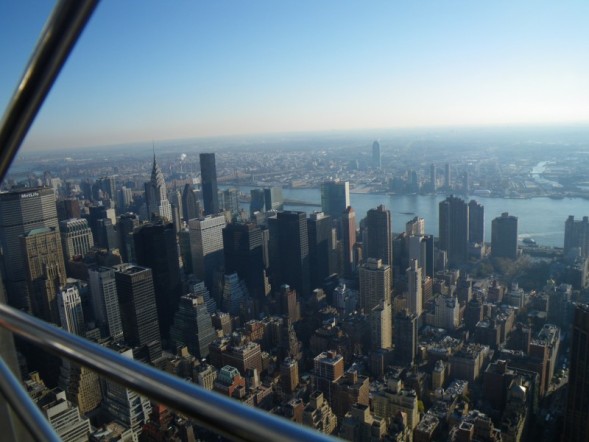 Aiming to replicate the city’s success in attracting American investment this year, inward investment programme Business Birmingham has joined forces with transatlantic business network the British-American Business Council (BABC) to welcome US companies to the city this week.

Business Birmingham is sponsoring the BABC’s transatlantic 2013 Conference, which will be held at venues across Birmingham on 15-17 May and is hosting some 300 US and British civic and business leaders. Key speakers include Business Secretary Vince Cable MP; Barbara J Stephenson, chargé d’affaires of the United States embassy; and Bob Schumacher, managing director, UK and Ireland, United Airlines.

The following month, Business Birmingham’s team will be visiting Toronto and the East Coast of the US to meet with locations experts and potential investors across the pond. The second leg of its 2013 North American roadshow will also include visits to New York, Boston, Cambridge, Philadelphia and Washington DC. North American companies comprise more than 40% of Business Birmingham’s foreign investment pipeline.

Wouter Schuitemaker, Investment Director at Business Birmingham, commented: “We are supporting the BABC’s conference because it provides an unrivalled opportunity to showcase the city to US companies. There is nothing like visiting a location to truly understand what it can offer a business. Although market intelligence is a crucial part of convincing a company to locate in Birmingham, so is the experience of seeing the city, using its infrastructure and meeting its people.

“On paper, schemes like New Street’s redevelopment and the runway extension at Birmingham Airport are already of interest – but by seeing the projects for themselves, potential investors can truly grasp the scale of the exciting changes underway here.

“Both the conference and our North American roadshow will enable us to meet with a number of US business leaders face to face. Developing strong relationships is crucial to securing investment – and by visiting North America next month, we are demonstrating that Birmingham is serious about attracting companies from this market.”

Steve Allen, Head of Mills & Reeve’s Birmingham office and BABC 2013 Conference Chairman, added: “Birmingham’s location provides US companies with a gateway into Europe and the rest of the UK. The city’s accessibility makes it the ideal destination for the BABC’s conference – and also for American companies wanting a European base. The conference will enable Birmingham to develop closer ties with businesses based across the US, and demonstrate why the city is continuing to attract a rise in inward investment.”

During the last financial year, 11 US companies from six states located, invested or expanded in Birmingham, which created or safeguarded more than 1,800 local jobs. Since arriving in Birmingham in 2010 with six members of staff, Californian online marketing specialist ReachLocal now employs 18 people and has moved to bigger offices in the city.

Regional Sales Manager Craig McNerlin said: “ReachLocal has account managers for all of our clients, and it is vital that we can reach them quickly and easily. Birmingham’s central location made it ideal for our sales team and our office in the city has become a catalyst for the company’s UK growth. We can also find the staff we need here. Almost everyone based in the office lives locally, even though we have a national remit.”

Business Birmingham has developed several tools with partners in the city to create one of the UK’s most comprehensive support schemes for US companies. Its Business Catalyst programme packages together the support available for investors from local organisations, ranging from discounted legal and accountancy advice to rent-free office space.

Birmingham’s Enterprise Zone (EZ) – the largest city centre EZ in the UK – is part of six economic zones that provide benefits such as simplified planning, gap funding and training and recruitment packages. They are tailored to key sectors that reflect where US investment comes from – including advanced manufacturing, digital media, and business, professional & financial services. In addition, a pilot Mobile Investment Fund, backed by Birmingham City Council, can provide further financial incentives to US investors.