Brindleyplace has named Aston Manor Cider as the sponsor for its fiery Chilli Festival that will take place on the mixed-use estate this summer. 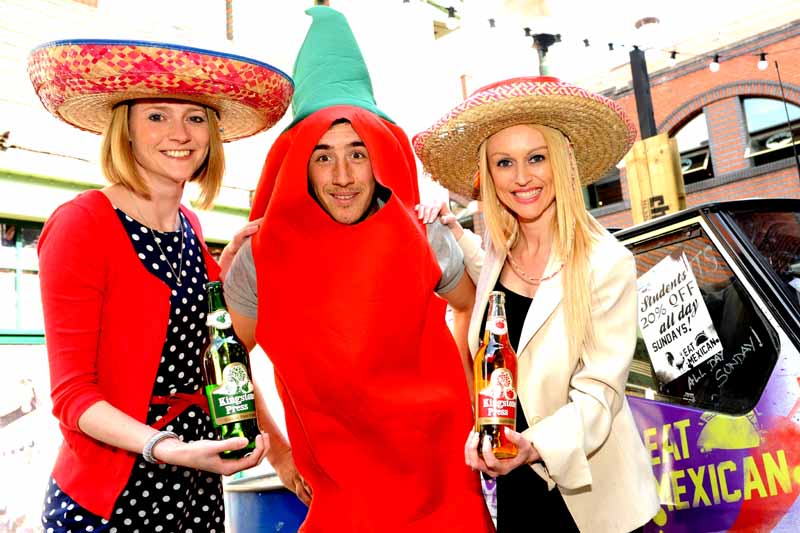 The hot festival will make its return to Brindleyplace on Friday 19 and Saturday 20 July. Now in its third year, The Chilli Festival is organised with the support of market operator, Sketts, local producer Holly & The Ivy and chilli specialists, Fire Foods.

The free family event will feature a variety of stalls selling chilli-inspired food, along with live music and cookery demonstrations from Brindleyplace restaurants – not to mention the ever popular and highly competitive chilli eating competition!

Gordon Johncox, Managing Director, Aston Manor Cider, said: “We’re delighted to be involved in this year’s Chilli Festival. Cider compliments spicy food fantastically and we are keen to showcase how our products can be matched with a range of recipes. To help celebrate the event we’ll be developing some exclusive recipes with some of the bars and restaurants at Brindleyplace and of course we’ll be offering some much needed refreshment to those taking part in the chilli eating contest.”

Providing cooling refreshments, Aston Manor will be offering visitors samples of its high quality cider throughout the course of the festival and will be hosting a chill out zone where families can cool off after enjoying some of the spicy treats.

The cider producer will also be working with restaurants in Brindleyplace over the next few months to create some chilli and cider infused recipes which will be available at the festival. Mexican street food restaurant, Chilacas, is currently working on a pork marinade using cider from Aston Manor which will be one of the dishes available at the festival.

Ailsa Raine, marketing executive at Brindleyplace said: “We are really pleased that such a well-known brand in the Midlands wishes to support the Birmingham Chilli Festival this year. The free event has proved very successful over the last couple of years so it’s great that it will be returning to the estate for its third year.

“All our summer events at Brindleyplace are free, meaning local families can come and get involved without worrying about additional costs over the summer holidays. There’s plenty for everyone to get involved with and, for those brave enough, we’ll soon be looking for people to take part in our chilli eating competition so watch this space!”

Russell Dean of Sketts Quality Events said “It’s wonderful to see a concept take off the way the Chilli Festival has and to attract such a great sponsor only proves its going from strength to strength.”

Brindleyplace will be holding a host of events over the summer including local produce markets at the end of every month, a fundraising boat race along the canal during its Dragonboat Festival and its Outdoor Film Festival, along with screening Wimbledon in one of its public squares.

For more information on all the summer events at Brindleyplace visit www.brindleyplace.com