Eastern Airways is celebrating the 10th anniversary of its service between Birmingham and Newcastle, which provides a fast business link between the Midlands and the North East. 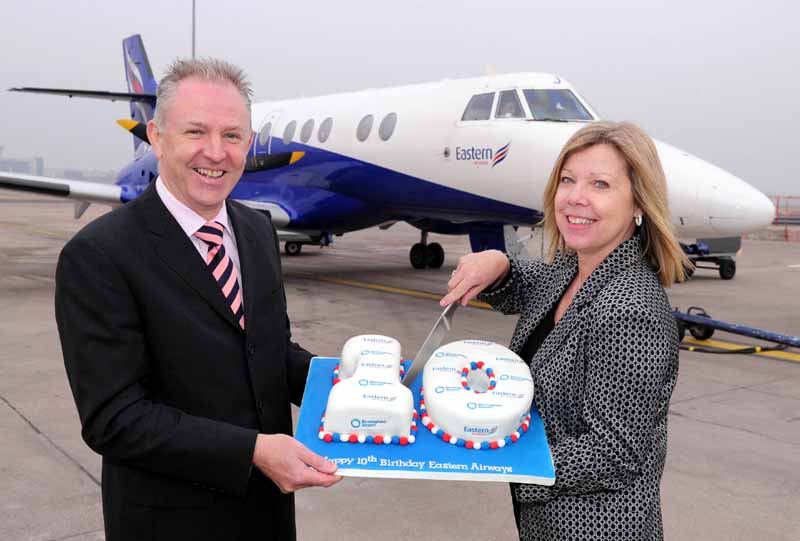 The UK’s second largest regional airline first started operating the route in 2003 following British Airways decision to withdraw from the route.  Up to 24 flights are offered each week, providing a choice of day return weekday options with timings aimed at business travellers.

The domestic air link is used by a wide cross section of businesses including those from engineering, law, finance, government, IT, communications and manufacturing industry sectors, helping to forge strong business links between the two regions.

Over 17,000 flights have been operated between Birmingham and Newcastle since Eastern Airways started the route.

Kay Ryan, Eastern Airways’ Commercial Director, said: “The 10th anniversary of this route shows our commitment to the region by providing a long established, convenient air service to further strengthen important business links between the Midlands and the North East.  Our schedules and timings between Birmingham and Newcastle allow for day return trips, saving business travellers valuable time at a reasonable price.”

A dedicated fast track security channel is offered at Newcastle Airport for all Eastern Airways passengers to avoid any queues at security search, which also enables the airline to close check-in just 30 minutes before the departure time.  Passengers flying with the airline are not charged for check-in, baggage, choice of seat or onboard drinks and snacks.

Eastern Airways provides a comprehensive network of domestic flights spanning the length and breadth of the UK and also flies from airports in Norway and France.  It operates a fleet of 31 aircraft consisting of regional jets and turbo prop aircraft.