Coventry’s Belgrade Theatre will spring into Spring with a week of drama, dance and music in March, leading with a combination of drama and circus in The Arrival, which plays in B2 from 26 to 28 March. 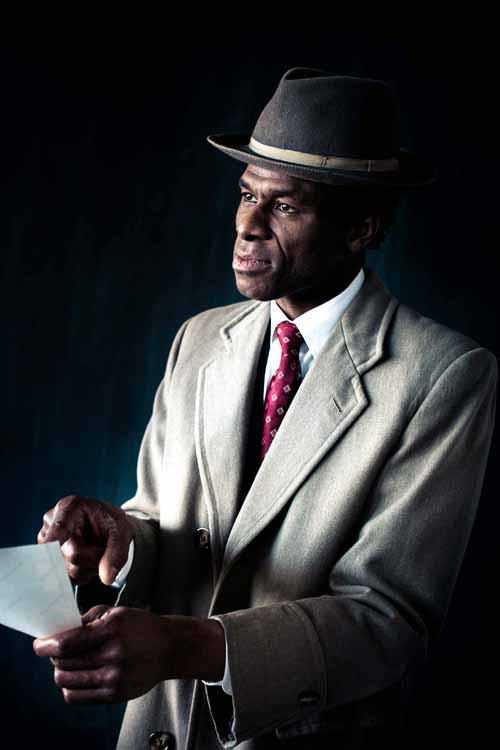 Charlie Folorunsho as Dele in The Arrival photo by Sandra Ciampone

Based on the illustrated novel by Oscar winner Shaun Tan, this new production follows the story of Dele, a migrant beginning life in a strange new country.

He plays a last game of football with his friends, says goodbye to his son and sets off on a voyage to a smog-filled metropolis across a vast ocean. Carrying only a small suitcase, he embarks on a journey into the unknown, meeting others along the way who share his dream of building a home in a new city and being joined by their families.

The Arrival unfolds through an extraordinary weaving together of theatre, circus, music and animation to bring to life the epic tale of one man which echoes the many ‘arrivals’ happening around us all the time.

Writer Shaun Tan has enjoyed huge success with his novels The Rabbits, The Red Tree and Tales from Outer Suburbia. He has also worked as a theatre designer, having worked on the films Horton Hears a Who and Pixar’s WALL-E, and directed the Academy Award winning short film The Lost Thing. In 2011 he received the prestigious Astrid Lindgren Memorial Award, honouring his contribution to international children’s literature.

The Arrival is produced by Circus Space and award-winning theatre company Tamasha, which drives the crossover of culturally specific work into the mainstream. Their plays Snookered, East is East and The Trouble with Asian Men have won acclaim from audiences and critics alike. The Arrival marks their third return to the Belgrade, having visited with previous tours of Wuthering Heights in 2009 and The House of Bilquis Bibi in 2010.

Tickets for all shows are available now from the box office on 024 7655 3055 or via www.belgrade.co.uk where cheaper tickets are available.