Media and creative professionals from across Birmingham revealed their competitive sides as they battled against each other in a bid to raise more than one thousand pounds for two local charities. 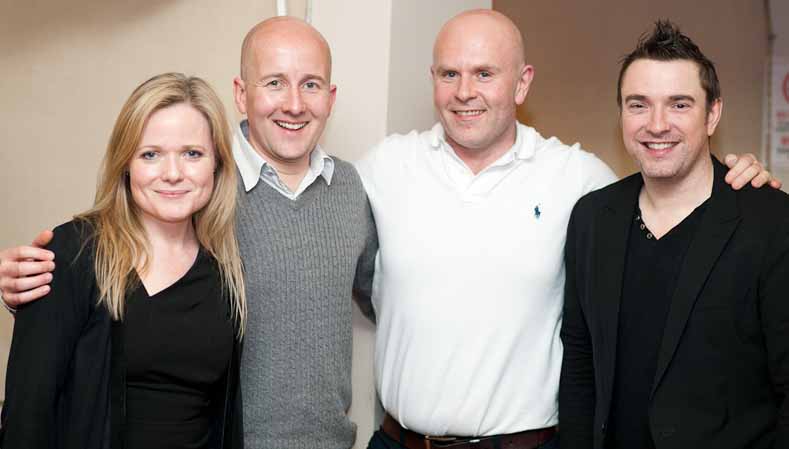 The event was hosted by Heart FM breakfast presenter and president of the BPA, Ed James, and consisted of six rounds, including a TV round, music round and a silent dance round which included a unique take on Black Lace’s Superman and The Tweets’ Birdie Song being performed live on stage!

After four hours of fierce competition, Bromsgrove based Liquid PR were crowned the ultimate quiz masters, walking away with a cash prize of £200.

Ed James said: “As an organisation, the BPA helps to unite media and creative professionals from across Birmingham and the West Midlands, helping to raise money for worthwhile causes whilst celebrating the creative talent that we have here in the city.

“The Best of British quiz was the second fundraising event that the BPA has held this year and at both events I have been overwhelmed by the charitable nature of those companies that have been in attendance. Last year we raised an incredible £13,000 for local charities and fingers crossed we will match, or even top that, in support of HelpHarryHelpOthers and NABS this year.”

HHHO and NABS were named as BPA’s charities of choice at the beginning of 2013. HHHO was set up in memory of 11 year old Harry Moseley who tragically died of a brain tumour in October 2011 after fighting tirelessly to raise money to help those suffering from cancer.  Supported by Harry’s mother Georgie Moseley, HHHO is helping to achieve all those goals that Harry himself put in place whilst fundraising and raising awareness of cancer in the last years of his life. Now celebrating its centenary year, NABS helps improve the lives of those working in advertising and the media.

Launched in the 1930s, the BPA is dedicated to bringing those people who work in the creative industries in the Midlands closer together, while at the same time raising funds for local, deserving charities. The membership organisation runs a number of events throughout the year, gaining support from media owners, advertising and marketing agencies, digital agencies, PR agencies and freelancers. For more information on the BPA visit thisisthebpa.co.uk