Birmingham Press Club has launched its Midlands Media Awards for 2013 – with new categories for Blogger of the Year and Best News Website. 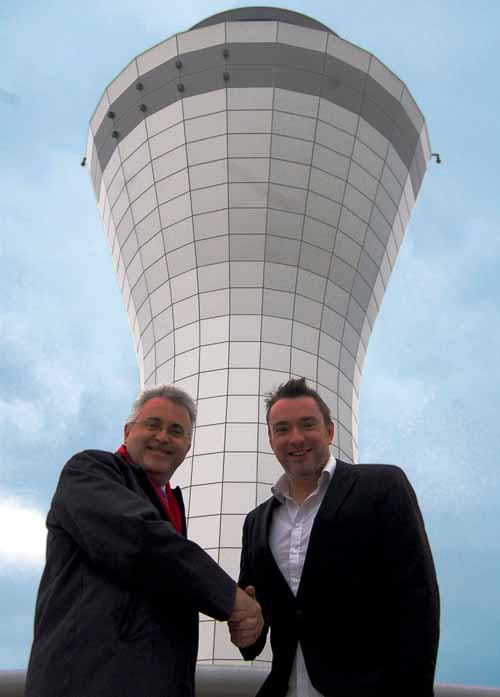 “The media sector is a fast-moving and rapidly-changing industry and we have acknowledged that by paying due regard to the digital age,” said Press Club Chairman Ed James.

And in a further nod to technology, for the first time ever, journalists, photographers and broadcasters throughout the East and West Midlands will be able to submit their entries on-line. Postal entries will still be received, however.

Ed James, breakfast presenter on Heart FM, also revealed that Birmingham Airport would again be main sponsor for the event, which will take place in June.

He said:  “Birmingham Airport has been a staunch supporter of Birmingham Press Club over many years and we are delighted to have again secured its backing for another year.

“The awards evening is the Press Club’s flagship event – and one that is eagerly-awaited by everyone, not just those in the media industry but by our many supporters as well.”

Paul Kehoe, CEO of Birmingham Airport, said: “We’re delighted to be supporting this important Midlands media event for the seventh year.  The awards programme has gone from strength to strength and gives the deserved recognition to talent that is so prevalent in our region within the dynamic world of 24 hour news.”

Now in their 12th year, the awards recognise the achievements of journalists and photographers working within the region’s newspapers, magazines, digital platforms, television and radio.

Paula Kelsey, managing director of Cloud 9, the event management company, which is organising the awards on behalf of the Press Club, said that entries for the awards’ 21 categories had to be received by March 22nd.  A short-list of nominations will be announced on May 13th.

This year the categories are: