The Public has announced it will be a partner venue for the fourth SHOUT Festival of Queer Arts and Culture in March.

SHOUT promotes and celebrates LGBT Arts around the West Midlands and the Festival running between 28th February – 10th March has a packed programme of exhibitions, comedy, theatre, performances and music around the theme of Generations and Legacies. 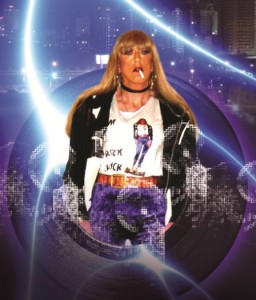 On the Saturday 2 March, the West Bromwich venue will host a brand new piece of theatre commissioned especially for the Festival by renowned Trans performer Mandy Romero.  In Excelsis takes inspiration from Mandy’s time in the 1970s when she lived in the West Midlands and discovered Glam Rock!  Using the map of the Black Country and the region, Mandy explores key moments of social, historical and personal transitions.

On Friday 8 March, popular comedian, writer, singer-songwriter Clare Summerskill brings her show Well That Explains It! to The Public.  Described by Radio 4’s Women’s Hour as “a Lesbian Victoria Wood”, the show is a fast-moving, song-singing, rip-roaring, costume-changing evening of comedy and music.  Clare’s performance will also feature a BSL signed interpreter.

SHOUT Festival Producer Abbe Robinson said: “We are thrilled to be working with The Public again and are looking forward to be bringing two really exciting performances to Sandwell and the Black Country.  It’s great to have two such highly regarded performers as Clare and Mandy.”

Linda Saunders, Managing Director of The Public said: “We’re delighted to once again be part of SHOUT Festival, showcasing the work of two exceptional performers.  Having been chosen as the venue to premier In Excelsis, new which has been developed in the West Midlands, is incredibly exciting.”