One of Britain’s best live bands Sad Café are set to make their Jam House debut in the biggest line up of legendary and emerging stars in the venue’s history. 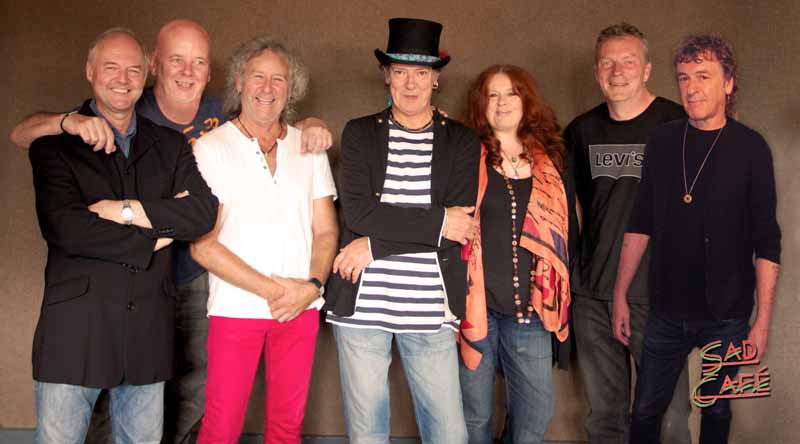 The Manchester group lauded for their chart busting hit ‘Every Day Hurts’ from 1979 are giving Birmingham’s top music and dining venue a flying start to the year with their debut appearance on Wednesday, March 6.

Regarded as one of the best live acts of the ‘70s and ‘80s, Sad Café will also be reliving their other great hits including ‘My Oh My’, ‘Strange Little Girl’ and ‘Nothing left to Toulouse’ at the popular nightspot in St Paul’s Square.

Sad Café lead a sensational line of performers from the worlds of rock and soul to blues and jazz that will be gracing the stage at the Jam House this year.

The venue has lined up a host of household names including Alexander O’ Neal, Ben E King, The Stylistics, Aswad and The Real Thing.

Meanwhile Finnish foursome Fork, who found fame at the 2012 Edinburgh Fringe Festival, will be making the Jam House the first stop on their debut UK tour when they present their unique a cappella sound on Thursday, March 21.

The group rapidly becoming known for their stunning singing, visuals and humour will be performing covers of songs by the likes of Coldplay, Queen and Lady Gaga using only their voices to produce pristine vocals to rock guitar riffs.

Live music lovers won’t need to wait long to enjoy all the stellar vocals this year thanks to a debut appearance by Jacquie Williams on Wednesday, February 20.

The powerful artist, who has performed backing vocals for the likes of Michael Buble, Blue and Ultravox, will be singing her solo releases and dance hits.

Bringing along her friends to help celebrate her birthday the same week, Jacquie is also known for her song writing skills which have resulted in a number six chart hit for diva Kathy Brown with ‘Stronger on my Own’ in 2005.

Jazz fans get a treat on Tuesday, February 19 when Jazzlines presents Tom Hill and Outsville. The five-piece fusion group will be fronted by California-born and now West Midland-based bassist Tom Hill who has played with the likes of George Shearing, Art Farmer and Mel Tormé.

There’s more jazz to come on Tuesday, March 19 when the Chris Gumbley Quintet play music rooted in the language of bop with a special focus on the great soul-jazz American saxophonist Cannonball Adderley.

In fact there’s music for everyone throughout February and March from regulars such as Mr Ben, Red Lemons, Downstroke and The Subterraneans.

John Bunce, Jam House General Manager, said: “We are delighted to welcome some of the greatest names in the music business as we look forward to making this year the biggest and best in our history. Our sensational line up reinforces our reputation as the region’s most popular live music and dining venue.”