The return of Robin favourites the Spindoctors, Blue Coupe, The Animals and more – on in Bilston this week 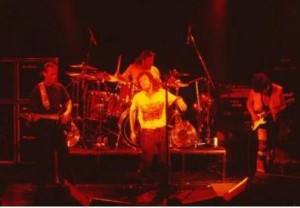 On Tuesday there’s the return of Robin favourites, the Spindoctors.

It’s more than twenty years since their debut album Pocket Full of Kryptonite was released and promptly became a worldwide smash, earning the band a 5x platinum disc in their native USA. Although none of their subsequent releases enjoyed such commercial success, the band’s brand of alt funk rock has maintained a cult following and their regular tours are always worth attending. Tickets £17.50

Wednesday’s attraction might not be instantly recognisable but their back catalogue certainly is. Blue Coupe feature Rock’nRoll Hall of Fame inductee and Alice Cooper band founder Dennis Dunaway on bass together with Albert and Joe Bouchard from Blue Oyster Cult. Between them they’ve sold over 15 million albums and been awarded 30-odd gold and platinum albums worldwide. Their songwriting royalties alone would guarantee them a comfortable living but they still play live, putting on the type of shows you’d expect from such doyens of the music business. Tickets £10

Another collection of legends that have become regulars at the Robin hit the stage on Thursday. The Animals may only boast one original member, namely drummer John Steel, but in Peter Barton they’ve got one of the great unsung British blues voices to perform the classic Eric Burden material. They’ve also got a special guest, as the often have in recent years, in the shape of Steve Cropper, one of the all-time greats of blues and soul. Booker T & the MGs, the Blue Brothers, just about every classic Stax release, he either wrote or played on it. This is guaranteed to be a special night.  Tickets £18.50

On Friday there’s the And Finally… Phil Collins tribute. Tickets £11

For tickets and more details see The Robin website here