Debutants and regulars are in town this week.

Mad Dog Mcrea are a mixture of bluegrass, folk, pop, rock and jazz. Their new album Away With the Fairies was released in October, a follow-up to last year’s The Whirling Dervish which was voted Best Album in the 2012 South- West Music Awards. They’re rounding off a storming year that included an appearance at Glastonbury with a 27 date UK tour arriving at the Robin on Tuesday. 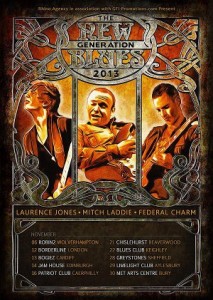 The blues revival continues apace on Wednesday with three of the top new British acts appearing. Mitch Laddie is a highly-rated young guitarist whose influences from Hendrix to the Police shine through in his work. His second album Burning Bridges was released last year and he has a live CD scheduled for 2014. Federal Charmer are a blues rock band in the classic Free/Led Zeppelin mould who have recently toured with Michael Schenker. Finally, Laurence Jones is a young guitarist who has already played with Walter Trout and is soon to fly to the USA to record his debut album.

One of the Robin’s most enduring names appears on Thursday. Paul Carrack has been at the top of his profession for many years, singing with Ace, Squeeze, Mike & the Mechanics and as a successful solo artist. He’s appeared on over sixty albums, also writing songs for the Eagles, Diana Ross and Tom Jones to name but a few.

Saturday sees one of the most recognisable voices – and faces – in the business at the Robin. Leo Sayer had his first hit in 1973 and got to number one in 2006. In between he’s racked up a succession of top ten smashes and gold discs on both sides of the Atlantic as well as touring around the world and writing songs for a series of films. In 2009 he became an Australian citizen but has returned to the UK to celebrate his fortieth anniversary as a recording artist. 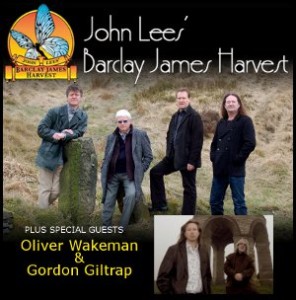 Barclay James Harvest were one of those seventies bands who sold enormous quantities of albums and sold out venues around the world while remaining relatively unknown at home. Founder member John Lees’ version of the band, who got back together in 2006, have continued with this legacy, playing festivals ad touring, with an album Esoteric Antennae, released in March. They’re at the Robin on Sunday.  Support is from Oliver (son of Rick) Wakeman and veteran guitarist Gordon Giltrap.