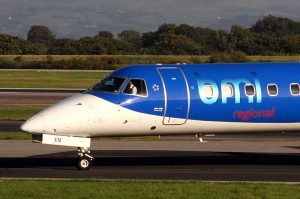 bmi regional have announced the launch of three new European routes from Birmingham Airport.  The airline continues its European network expansion with the launch of routes between Birmingham and three important European cities: Gothenburg, Lyon and Toulouse.

Cathal O’Connell, chief executive, bmi regional said: “The launch of these routes to Gothenburg, Lyon and Toulouse is a continuation of bmi regional’s promise to serve key economic and tourism hubs across Europe. Launching our first services from Birmingham Airport is an indication of our commitment to UK regions and a significant investment to position the airline for growth.  These new routes are incremental to the four new routes rolled out since bmi regional established itself as an independent airline in 2012.

“bmi regional’s choice of destinations is based on business and leisure customer demand.  Toulouse is a significant base for the aerospace business, Gothenburg and Lyon are home to major car manufacturing sites as well as high-tech industries. These three European cities are great destinations for leisure customers as well, boasting Unesco Heritage Sites, amazing foods and great outdoor activities nearby. With fares starting from £59 each way, we also expect to see a boost in both inbound visitors to the Birmingham and the Midlands”, said O’Connell.

William Pearson, Aviation Development Director at Birmingham Airport, said: “It is fantastic news that bmi regional has chosen to launch these routes as its first services from Birmingham. These three new routes, operated on an Embraer jet aircraft, are currently unserved from the Airport, meaning passengers have even more choice from their airport to visit these great destinations.  As an Airport we strive to cater for all our passengers and having bmi regional on board as a full service airline complements our portfolio.  We look forward to working with bmi regional to develop these services and further additional services in the future.”

Non-stop flights to Gothenburg, Lyon and Toulouse from Birmingham commence Monday 13th May 2013 with six flights on each route per week.

The new routes go on sale on www.bmiregional.com on Tuesday 5th February 2013.

All flights include complimentary food & drink on-board, free 20kg hold baggage allowance, 30 minute check-in and an all jet Embraer fleet.  bmi regional employs over 400 staff throughout the UK. The airline became independent from BMI in June 2012.